The US Department of Justice is suing Google for allegedly exercising monopolistic control of the digital advertising market, in the latest legal broadside against the group as Washington seeks to crack down on the dominance of Big Tech.

A complaint filed on Tuesday by the DoJ and a group of US states in a Virginia federal court accuses Google of using “anti-competitive, exclusionary, and unlawful means to eliminate or severely diminish any threat to its dominance over digital advertising technologies”.

It said “industry behemoth” Google had harmed competition in the ad tech sector “by engaging in a systematic campaign to seize control of the wide swath of high-tech tools used by publishers, advertisers, and brokers, to facilitate digital advertising”.

The highly anticipated lawsuit comes as Joe Biden’s administration has focused on stamping out anti-competitive conduct in the US economy. The US president has signed a sweeping order to limit the power of big business and appointed progressive officials to senior antitrust roles, including Jonathan Kanter, the head of the DoJ’s antitrust unit.

Authorities on Tuesday accused Google of having “pervasive conflicts of interest” because it controls numerous aspects of the digital ad market, including the tech used by website publishers to sell ad space and the biggest exchange where ads are sold.

Google is alleged to have violated the 1890 Sherman Antitrust Act, one of the country’s corporate antitrust laws. The US government is seeking damages on behalf of US agencies including the army, and also demanding that the company be forced to divest its Google Ad Manager suite.

If successful, the lawsuit could radically change the contours of the digital ad market. The DoJ contends that Google has wielded its grip on the sector for 15 years, adding to its power by buying competitors and squashing rivals, forcing publishers to adopt its tools and manipulating ad auctions to its own benefit.

The complaint alleged that Google’s acquisitions in 2008 of DoubleClick, a publisher ad server, and AdX, a nascent ad exchange, allowed the tech group to create an ecosystem that locked in publishers. “In effect, Google positioned itself to function simultaneously as buyer, seller, and auctioneer of digital display advertising,” it said.

The court filing quoted a Google product manager who wrote: “Our goal should be all or nothing — use AdX as your [exchange] or don’t get access to our [advertising] demand.”

US prosecutors estimated that Google took more than 30 per cent of all the digital advertising dollars flowing through its products.

“Monopolies threaten the free and fair markets upon which our economy is based. They stifle innovation, they hurt producers and workers, and they increase costs for consumers,” said Merrick Garland, US attorney-general.

Google said in a statement that the lawsuit “attempts to pick winners and losers in the highly competitive advertising technology sector”. 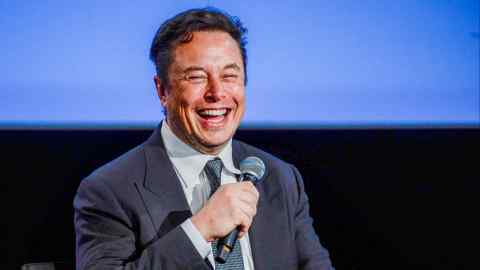 “DoJ is doubling down on a flawed argument that would slow innovation, raise advertising fees, and make it harder for thousands of small businesses and publishers to grow.”

This is the first lawsuit against Google filed by the DoJ’s antitrust unit under the leadership of Kanter, a Big Tech critic who has prioritised cracking down on anti-competitive practices in the industry.

But Google is facing other legal challenges from the government brought under previous DoJ leadership. In 2020 the department sued the group for allegedly suppressing competition in internet search, seen as the government’s most high-profile antitrust move since its lawsuit against Microsoft in the 1990s.

Kanter called the move a “truly . . . historic moment”. He highlighted the knock-on effects of Google’s alleged monopolistic behaviour on the broader US economy, including newspapers, which have historically relied on advertising revenue.

It is critical “to protect competition in the digital marketplace of ideas, where powerful network effects make monopoly power even more durable and harmful, and abuses by companies with monopoly power like Google even more pernicious”, he added.

Limit on profits of low-carbon generators in sights of new UK...

Japan tops the U.S. and the rest of the world for...