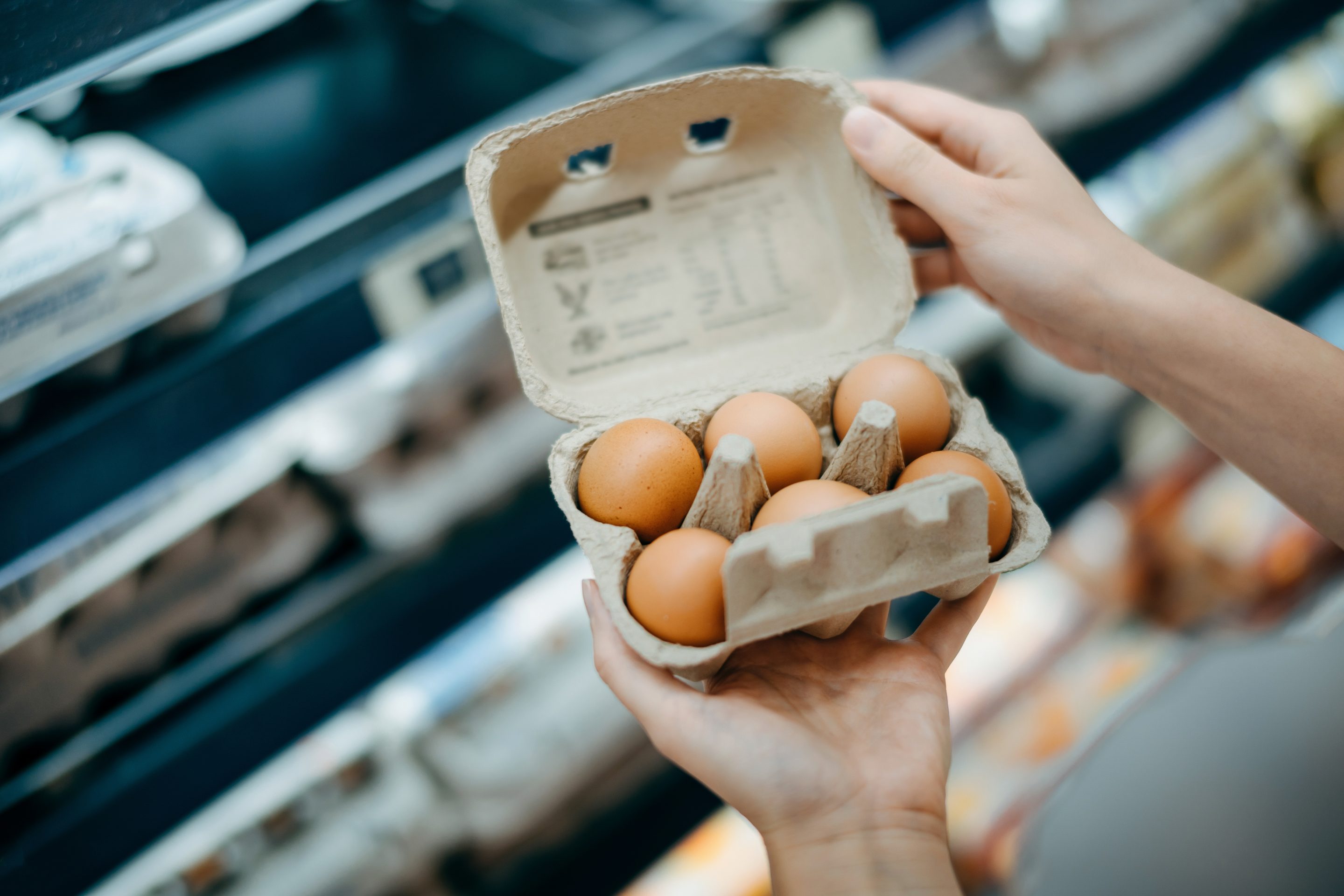 There’s a reason 81% of Americans have been paying attention to the price of eggs at their local grocery store: Even as U.S. inflation overall appears to be slowing down, eggs just keep getting more and more expensive, and some people are shopping at cheaper supermarkets. In some cases, they’re even heading over to another country.

A carton of a dozen eggs in the U.S. cost on average $4.25 in December, a 137% increase over the year prior. And the price of eggs increased 11.1% in December compared to the month before. When prices rise like that, shoppers tend to look for alternatives. So it’s no surprise that  the number of eggs intercepted at the U.S.-Mexico border has soared in recent months.

“We are seeing an increase in people attempting to cross eggs from Juarez to El Paso because they are significantly less expensive in Mexico than the U.S.,” Roger Maier, a public affairs official with the Customs and Border Protection office, told Fortune, adding that other points of entry in the Southwest are seeing similar increases in undeclared poultry-related crossings.

Over the past few months, the U.S. has finally had some good news on inflation. Shipping costs have declined, prices for some food products including beef are falling, and stores offered discounts and deals during the holiday season. But through it all, egg prices have remained stubbornly high while a domestic supply shortage means that shoppers in many parts of the country can’t even find them on their grocery store shelves.

For an increasing number of shoppers, the solution lies right across the border.

Egg encounters on the rise

There were 2,002 border seizures involving eggs between Nov. 1 and Jan. 17, according to CBP data, a 336% increase over the same period a year prior.

For health reasons, the CBP prohibits undeclared arrivals of poultry products including eggs, and released a statement Friday urging travelers not to carry raw eggs and poultry products across the border. Smugglers who fail to declare the prohibited eggs and poultry items are liable to a $10,000 fine, Jennifer De La O, Director of Field Operations for the CBP in San Diego, wrote in a tweet last week.

Such a large fine usually means the prohibited items are being brought into the U.S. to be resold, according to CBP regulations. The CBP levies a $1,000 fine if undeclared prohibited items enter the U.S. for non-commercial use, but if officials are able to confirm otherwise, fines can be imposed at a “much higher rate.”

Maier said most of the intercepted eggs have been confiscated during primary inspections, during which people can abandon the items without penalty. These instances are “not necessarily smuggling,” he said, but he added that in the past week there have been a “very small number of cases” where eggs went undeclared but were then discovered, leaving perpetrators liable to a large fine.

Resale margins in the U.S. for eggs bought in Mexico are significant. A kilogram—slightly more than a dozen large eggs—cost between $1.70 and $2.20 last week in Guadalajara, Mexico’s second-largest city, according to Mexico’s government data. In the U.S., a dozen large eggs on average cost slightly more than $4 last month. Shoppers in San Ysidro, a district of San Diego bordering Mexico, have reportedly turned their noses up at high egg prices and went to buy eggs in Mexico instead, store owners told the BBC last week.

The CBP restricts undeclared arrivals of eggs and other poultry products to the U.S. as a guardrail against diseases, specifically avian influenza or bird flu, an outbreak of which has been sweeping the U.S. for the past year and may be primarily responsible for the egg shortage and high prices driving people to hop over to Mexico to do their shopping in the first place.

The flu outbreak is directly responsible for the domestic short supply of eggs in the U.S. and the high prices.

The disease has led to the culling of 44 million egg-laying hens in the U.S., according to the Department of Agriculture, which said last week the domestic egg supply has been falling by 7.5% each month since February. The USDA said in a report Friday that price pressures are easing somewhat from a December high, but because of ongoing supply constraints, costs remain at “unappetizing levels.”

How fostering street kittens helped me adapt to a new life...

5 Lessons the Crypto Industry must learn from the FTX Disaster