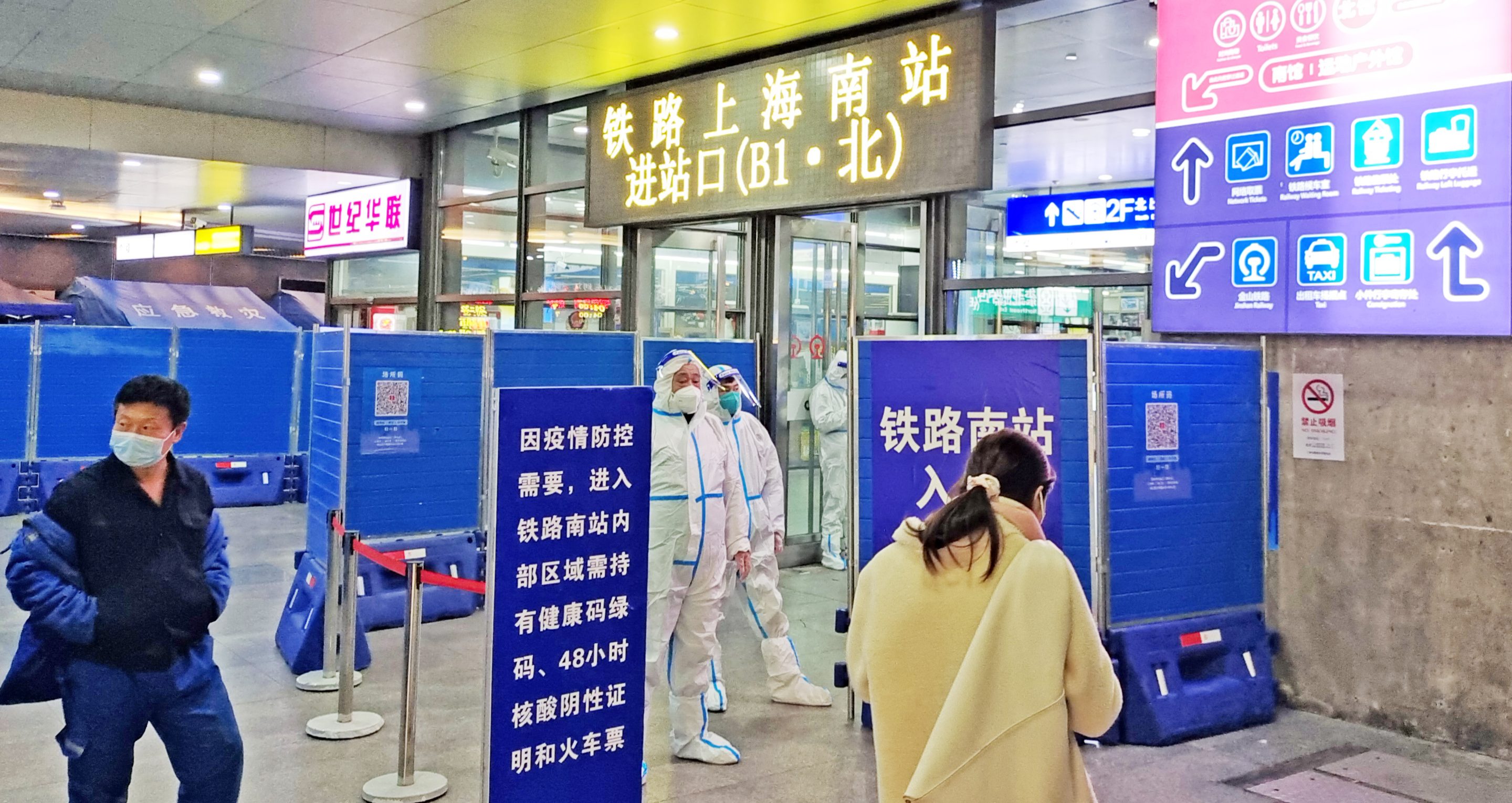 Shanghai eased some of its Covid restrictions, joining other top-tier Chinese cities as authorities accelerate a shift toward reopening the economy after thousands of demonstrators took to the streets last weekend to voice their anger at the nation’s stringent policies.

The financial hub will scrap PCR testing requirements to enter outdoor public venues such as parks as well as ride public transit effective Monday, city authorities said in a statement Sunday. Measures will “continue to be optimized and adjusted” in line with national policy and the situation, according to the statement.

Shanghai, which saw a grueling two-month lockdown earlier in the year, joins other metropolises such as Beijing, Shenzhen and Guangzhou in relaxing curbs in recent days. Top government officials over the past week signaled a transition away from the harshest containment measures, which have weighed on the economy and triggered anti-lockdown protests as public discontent grew.

The rapid unwinding of requirements has led to a sharp drop in the number of testing booths in some cities, causing unusually-long queues. Authorities in Beijing’s Chaoyang District, one of the Chinese capital’s worst-hit areas in the current outbreak, on Saturday said they were “deeply sorry” for inadequate coordination that led to excessively long waiting times and restored some sites.

China reported 30,889 new local Covid cases on Saturday, down from 32,206 the day before, according to the latest official data.

Restrictions are also being rolled back in Zhengzhou city, home to Apple Inc.’s largest manufacturing site in China. Authorities announced on Sunday the immediate end of mandatory Covid testing to enter buses, subway, taxis and other public venues besides for those who depart from the city or go to karaoke bars and internet cafes.

The city of Wuhan, where the virus first emerged about three years ago, said it would end testing requirements to ride the subway while Lhasa city will resume previously halted bus operations.

Chinese stocks have rallied recently, fueled by rising optimism that China is softening its pursuit of Zero Covid. The Hang Seng China Enterprises Index surged 29% in November, capping its best month since 2003, while the benchmark Hang Seng Index posted its biggest monthly gain since 1998. The rally was mainly driven by the gains in airlines, casinos, restaurant operators and other stocks expected to benefit from a reopening of the world’s second-largest economy. Investors are increasingly seen shifting their bets to longer-term plays such as consumer and health-care equities, from travel and catering firms whose shares have jumped sharply.

Restrictions were also eased in a number of provincial capital cities over the weekend. Kunming, in the southwestern province of Yunnan, will as of Sunday allow people to ride public transport without showing a PCR test, while Nanning in the neighboring Guangxi region scrapped such testing requirements for all public venues except hotels and tourist destinations.

In Harbin, the capital of Heilongjiang in the northeast, test results are no longer required to enter public places, while people leaving the city only need to take one PCR test within 48 hours instead of two, the local government said late Saturday.

Suspicions that Covid restrictions hampered rescue efforts in the fire a high-rise building in the capital city of the Xinjiang region fueled public anger, helping spread protests across the country as people gathered to commemorate the victims and request an end to Covid curbs.

While the easing measures in cities can’t be interpreted as China abandoning its Covid Zero policy yet, “we see them as clear evidence of the Chinese government preparing for an exit, and trying to minimize the economic and social cost of Covid control in the meantime,” Goldman Sachs Group Inc.’s chief China economist Hui Shan and colleagues wrote in a note Sunday.

Experiences in Hong Kong and Taiwan showed that new cases will skyrocket upon reopening, with mobility declining sharply, they wrote. Goldman Sachs’ base case scenario suggests China’s Covid Zero policy will stay until April to allow for preparations, according to the note.

In Zhuhai, another city in Guangdong, residents who have no Covid symptoms or high exposure risks are advised to not take PCR tests, while those that need can take paid tests, CCTV reported, citing a government notice. People traveling from elsewhere can take a voluntary test upon arrival but no quarantine is required.

John Paul I, ‘Smiling Pope’ for a month, moves towards sainthood...