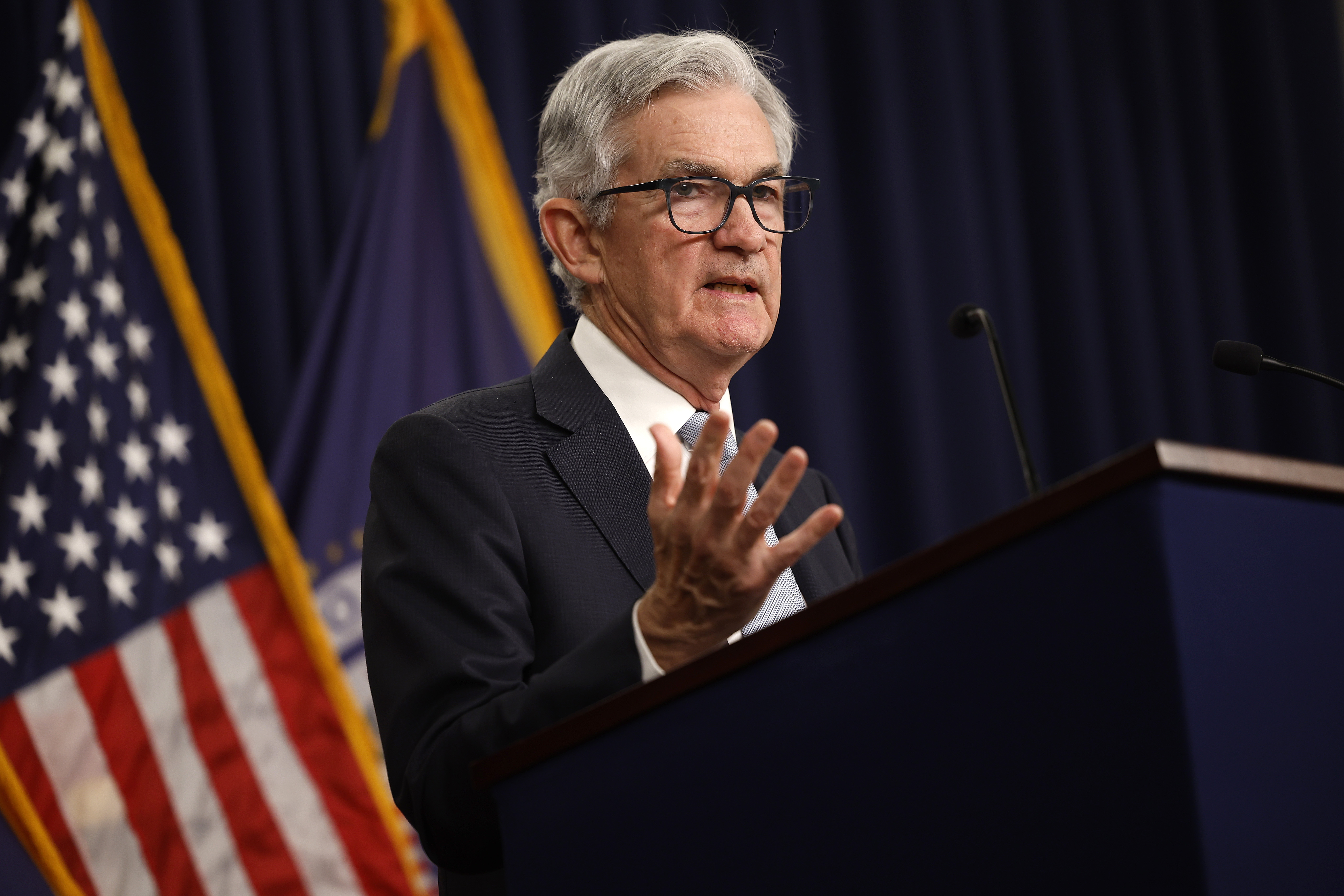 Chair Jerome Powell signaled the Federal Reserve will slow the pace of interest-rate increases next month, while stressing borrowing costs will need to keep rising and remain restrictive for some time to beat inflation.

His comments, in a speech Wednesday at the Brookings Institution in Washington, likely cement expectations for the Fed to raise interest rates by 50 basis points when they meet Dec. 13-14, following four straight 75 basis-point moves.

“The time for moderating the pace of rate increases may come as soon as the December meeting,” Powell said in the text of his speech. “Given our progress in tightening policy, the timing of that moderation is far less significant than the questions of how much further we will need to raise rates to control inflation, and the length of time it will be necessary to hold policy at a restrictive level.”

Policy-sensitive 2-year Treasury yields fell on Powell’s remarks, erasing increases on the day, and the S&P 500 index reversed losses to trade higher. The dollar slipped in value against major rivals on foreign-exchange markets.

The Fed’s actions — the most aggressive since the 1980s — have lifted the target range of their benchmark rate to 3.75% to 4% from nearly zero in March. Powell said rates are likely to reach a “somewhat higher” level than officials estimated in September, when the median projection was for 4.6% next year. Those projections will be updated at the December meeting.

Investors see the Fed pausing hikes in the second quarter once rates reach about 5%, according to pricing in futures contracts. While traders expect rate cuts later in the year, Powell said a reduction isn’t something the Fed wants to do soon.

While economists see a recession in the next 12 months as more likely than not, Powell said a so-called soft-landing for the economy — or a “softish” landing — remains “very plausible” and “still achievable,” though he acknowledged the path to such an outcome has been narrowing.

Regarding rate hikes, “we think that slowing down at this point is a good way to balance the risks” to the economy from inflation and slower growth, Powell said.

The Fed’s Beige Book regional economic survey, also released Wednesday, said economic activity in recent weeks “was about flat or up slightly since the previous report, down from the modest average pace of growth in the prior” period for the review that ran through early October.

Powell said the central bank is forecasting 12-month inflation based on its preferred gauge, the personal consumption expenditures price index, of 6% through October, and a 5% core rate. That’s about in line with private economists’ estimates ahead of official figures due to be released Thursday.

There hasn’t been enough strong evidence to make a convincing case that inflation will soon decelerate, he said.

“It will take substantially more evidence to give comfort that inflation is actually declining,” he said. “The truth is that the path ahead for inflation remains highly uncertain.”

He added that “despite the tighter policy and slower growth over the past year, we have not seen clear progress on slowing inflation.”

The Fed chair walked through the components of inflation in the prepared speech. He noted that goods prices have decelerated, but added that it is “far too early to declare goods inflation vanquished.” Powell said that inflation rates on new home-rental leases have been falling.

Powell then launched into a discussion of service costs, focusing on scarce supply in the labor market, with the gap in labor-force participation mostly explained by pandemic-era retirements in his view.

“These excess retirements might now account for more than 2 million of the 3 1/2 million shortfall in the labor force,” he said.

He said the labor market is only showing “tentative signs” of what he called “rebalancing,” while wages are “well above” levels consistent with 2% inflation over time.

Powell’s remarks come as the Fed prepares to enter its pre-meeting blackout period at the end of the week.

Despite higher borrowing costs, the US economy continues to grow, amid sustained demand and steady hiring. That resilience, while inflation remains stubbornly above the Fed’s 2% target, points to the need for ongoing rate increases, policymakers have said.

A monthly employment report on Friday is likely to show a gain of 200,000 jobs during November — which would be the slowest in almost two years, according to economists surveyed by Bloomberg.

In another sign of labor-market cooling, data on Wednesday showed US job openings fell in October, while the quits rate, a measure of voluntary job leavers as a share of total employment, also declined.

Historian Romila Thapar: ‘There’s always been this feeling in India that...

How to create your own crypto wallet: A step-by-step guide