Keen motorcyclist Alan Jope has traversed rocky roads from Peru to the Gobi desert, but the terrain he navigated as Unilever chief executive has been one of the less forgiving.

Jope, 58, announced this week he would retire at the end of 2023, following three years in which he sold off the world’s largest tea business, unsuccessfully bid £50bn for GSK’s consumer health arm and shifted Unilever’s headquarters, only to see its share price languish slightly below its level when he arrived.

Following the announcement of Jope’s departure, investors called for a new leader from outside the company and for a rapid review of Unilever’s vast portfolio of brands. The mixed performance from Jope, a 35-year veteran of the company, has led to renewed questions about the culture at the more than 90-year-old maker of Dove soap, Hellmann’s mayonnaise and Magnum ice creams.

“Whether it’s accountability, performance, focus, or balance between ESG [environmental, social and governance] and commercial results, the speed of taking action — there’s a question about how agile the company is internally,” said Bruno Monteyne, analyst at Bernstein.

James Edwardes Jones, analyst at RBC Capital Markets, said a “lack of critical candour” appeared to lead to Unilever pursuing its GSK bid and changing its remuneration scheme last year to reduce incentives for outstanding performance. He said the group had a tendency to appear “introspective and dysfunctional”.

Unilever’s total shareholder return has underperformed the MSCI European consumer staples sector by 16 per cent since Jope took charge, according to RBC Capital Markets. It has performed less well on average than under Jope’s predecessor Paul Polman, who was recruited from Nestlé.

Tineke Frikkee, fund manager at Waverton Investment Management, which holds a small stake, said: “Unilever has been struggling for many years to generate growth and an external candidate [would come] with a higher probability of a step-up in corporate change.” One top-20 investor said Unilever could look outside the consumer goods sector: “There are no sacred cows here.”

One company insider said, however, that the issues plaguing the UK — where sterling plunged last week and the Bank of England was forced to intervene in the gilt markets after a disastrous government “mini” Budget — might impede the recruitment of a new chief from overseas.

A former Unilever executive suggested the company might look to Sir Dave Lewis, the former Tesco chief executive who was recruited from Unilever and credited with turning round the supermarket. However, Lewis this year became chair of Haleon, the consumer health group spun off from GSK that Jope had attempted to buy.

If Unilever did look internally, Hanneke Faber, president of nutrition, could be a potential candidate, headhunters said. She has previously worked at Dutch multinational Ahold Delhaize and Procter & Gamble, giving her experience beyond Unilever.

The search is complicated by the fact that rival Reckitt Benckiser, whose chief Laxman Narasimhan announced his move to Starbucks in September, is also seeking a new leader.

Taking charge in 2019, Jope inherited a company under pressure to increase margins after repelling a takeover bid from Kraft Heinz. He took a year to abandon the tough 20 per cent margin target put in place by Polman, despite declaring growth was his priority.

Margins have now fallen to a forecast 16 per cent for 2022, but sales growth levels have often failed to meet expectations. It has missed its guidance every year since 2018, said RBC.

“When you see a plus or minus 5 [per cent] movement on share price following results announcements, you get a sense that there’s an issue with communication at the company,” the top-20 shareholder said.

Investor discontent erupted following news of the GSK consumer health bid at the start of this year. The shareholder added: “There was an extreme level of unhappiness among shareholders when [the bid] was announced. There was no sense that management had earned the right to do a big deal, and it had not been spoken about with investors. They were a bit blindsided.”

While company insiders maintain Jope previously indicated he would be chief executive for about five years, they conceded he would have stayed longer if his audacious GSK bid had succeeded.

Like Polman, Jope emphasised sustainability and brand “purpose”, a priority that proved divisive among shareholders, especially once a battle broke out with subsidiary Ben & Jerry’s over sales in the West Bank.

Yet Jope is credited with creating more efficient structures at Unilever, paving the way for his successor to make deals more quickly. He scrapped its dual headquarters structure in 2020, abandoning Rotterdam for a single London base, in a smooth process that contrasted with his predecessor’s attempt to shift to the Netherlands.

That aimed in part to speed up dealmaking, enabling Unilever to move into higher-growth areas as rival Nestlé has done. A sale of Unilever’s tea division took almost two years from an initial announcement in 2020.

Jope also restructured Unilever this year from a “matrix” structure — organised by both product and geography — to five separate divisions, a simplification welcomed by the market.

“The good thing is that Unilever has decided to change its structure, there’s a focus on growth and the GSK deal is off the table,” said a top 10 shareholder.

Jonathan Harper, global consumer practice leader at executive search firm Spencer Stuart, said: “It is perhaps too early to judge [Jope’s] overall performance, since the next 15 months will be critical to his legacy following the substantial reorganisation earlier this year.” 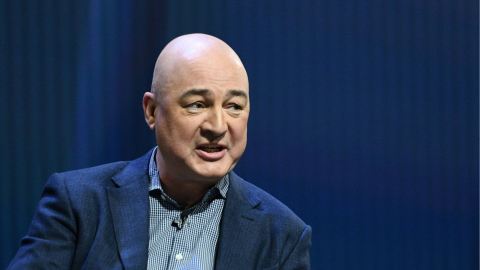 During the remainder of his leadership, Jope will be operating under the eye of Nelson Peltz, the activist investor with a history of revamping consumer goods groups, who joined its board in May.

High on the agenda for Jope’s successor will be reviewing its range of more than 400 brands. “Most people would like to see an acceleration of disposals of non-performing parts of the business,” said the top-20 shareholder.

Frikkee highlighted the European region and food arm as drags on growth. But one adviser said the current financial market turmoil would delay any attempts at a large disposal, such as a sale of its ice cream unit, because of a lack of financing to back the private equity firms likely to consider such a purchase.

Martin Deboo, analyst at Jefferies, called for “sharper and more radical portfolio choices”. Unilever, he said, had a “too-sprawling portfolio, rooted in the grocery model of the 1950s rather than the narrower category captaincies of today”.

admin - December 5, 2022
0
Chinese stocks shot higher and the renminbi rose to a 12-week high against the dollar on Monday on further signs that Beijing was...