Just this September, co-founder Anatoly Yakovenko admitted during an interview that the outages which continue to plague Solana were the network’s curse.

Yakovenko, however, was quick to defend, saying that the downtimes the system experienced could be attributed to its low-cost transactions.

“The network is so cheap and fast that there are enough users and applications that are driving that.”

The co-founder also maintained that while during these times the network is practically unusable, it is not compromised.

He then went on to justify his case, adding that blockchains are built differently and that each and one of them had already experienced glitches.

Users and members of the crypto community can only reflect back to these platitudes as the network has been down for more than three hours already as of this writing. 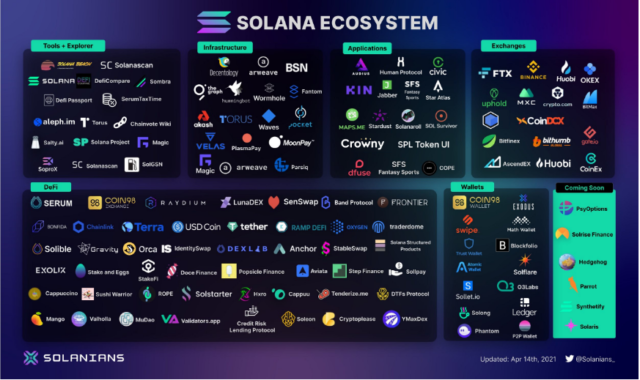 Solana’s explanation about its recent outage is a straightforward.

Via Twitter, a system validator going by the handle Stakewiz said “a misconfigured node caused an unrecoverable partition in the network.”

He further explained they were surprised that the Solana codebase wasn’t able to handle the issue.

As a means to resolve the failure, developers opted to restart the mainnet network. The reboot is taking some time, progressing by just 49% almost three hours after its initiation.

Since its launch in 2020, Solana has fallen victim to a total of seven outages before this one, most of which happened this year.

This includes a 17-hour stoppage of production that occurred just last month.

In September 2021, bots spammed the Raydium protocol that resulted in a denial-of-service attack. Bots present in a non-fungible token (NFT) app were also responsible for a seven-hour outage in May of this year.

In June, Solana network’s block production came to a stop because of a code bug.

Effects Of The Outage

Despite the repeated outages, Solana remained in the top 10 crypto assets in terms of market capitalization, ranking 9th with a total market cap of more than $11.7 billion.

But shortly after the news of the outage, SOL’s trading price took a hit.

Already reeling from the decimating weeks that painted the crypto space in red, Solana ended up trading at $33.09 as of press time, according to tracking from CoinGecko.

7 Cryptos to Buy During the Crash – Buy the Dip...

7 New Cryptocurrency To Watch With Potential 2022