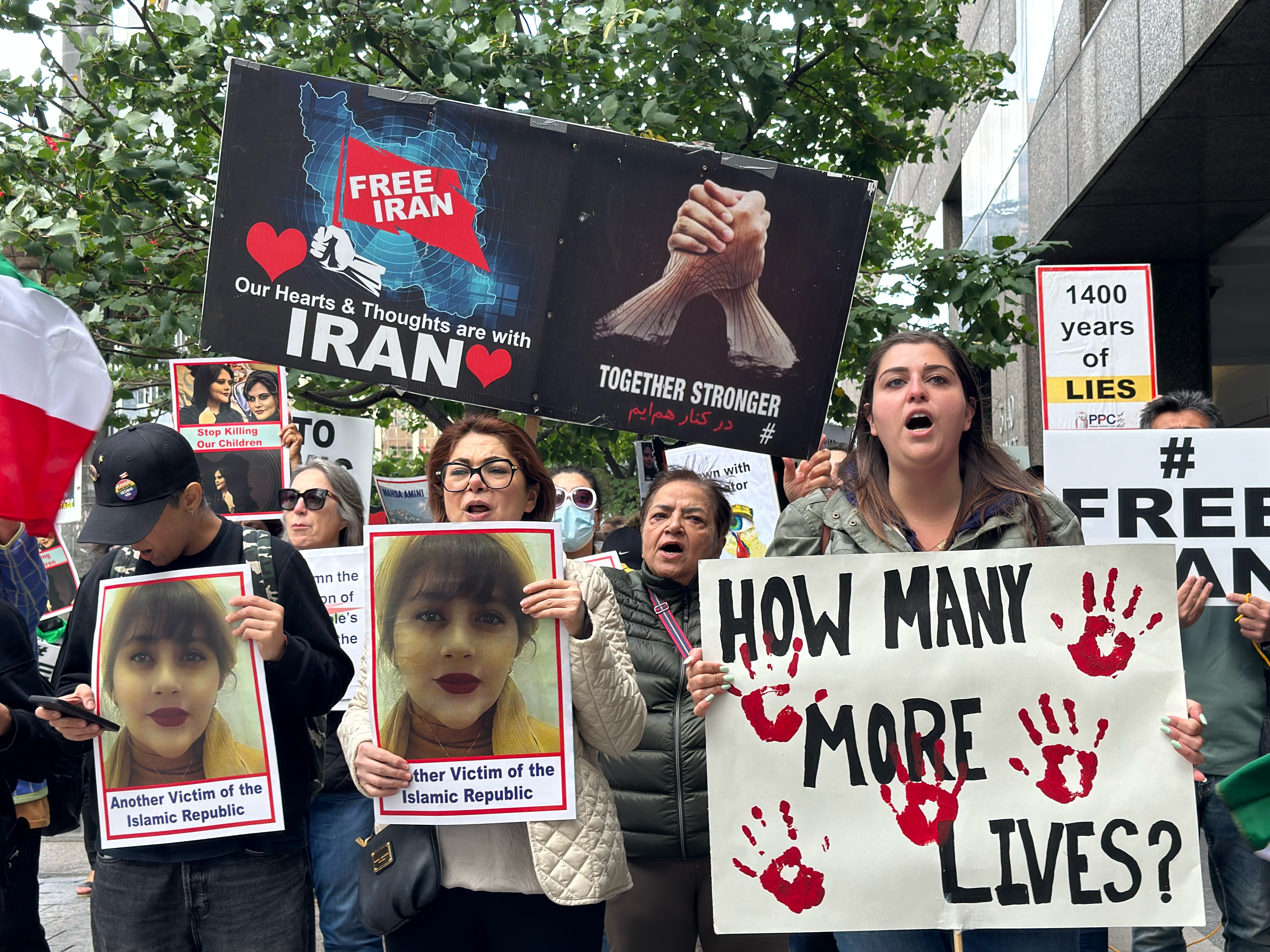 WASHINGTON (AP) — The U.S. government on Thursday imposed sanctions on Iran’s morality police and leaders of other government agencies after the death of a woman who’d been detained over an accusation she violated the country’s dress code by wearing her Islamic headgear too loosely.

The sanctions come after at least nine protesters have been killed in clashes with Iranian security forces since violence erupted over the weekend because of 22-year-old Mahsa Amini’s death.

The Treasury Department’s Office of Foreign Assets Control also designated the leaders of the Iranian Ministry of Intelligence and Security, the Army’s Ground Forces, the Basij Resistance Forces and other law enforcement agencies for the sanctions, which deny them access of their properties and bank accounts held in the U.S.

The morality police detained Amini last week, saying she didn’t properly cover her hair with the Islamic headscarf, known as the hijab, which is mandatory for Iranian women. Amini collapsed at a police station and died three days later.

Police say that she died of a heart attack and deny that she was mistreated. The government released video footage purporting to show the moment she collapsed. Her family says she had no history of heart trouble, and her death in police custody has triggered daring displays of defiance from protesters, in the face of beatings and possible arrest.

Treasury Secretary Janet Yellen said the U.S. calls on the Iranian government “to end its violence against women and its ongoing violent crackdown on free expression and assembly.”

“Mahsa Amini was a courageous woman whose death in Morality Police custody was yet another act of brutality by the Iranian regime’s security forces against its own people,” Yellen said.

Amini’s death has prompted Iranians to take to the streets of Tehran and other parts of the country. Many Iranians, particularly the young, have come to see her death as part of the Islamic Republic’s heavy-handed policing of dissent and the morality police’s increasingly violent treatment of young women.

An anchor on Iran’s state television suggested the death toll from the mass protests could be as high as 17, but he did not say how he reached that figure.

Iran has faced global condemnation over Amini’s death, with the U.N. human rights office calling for an investigation.

How millennials are driving inflation may be similar to boomers in...