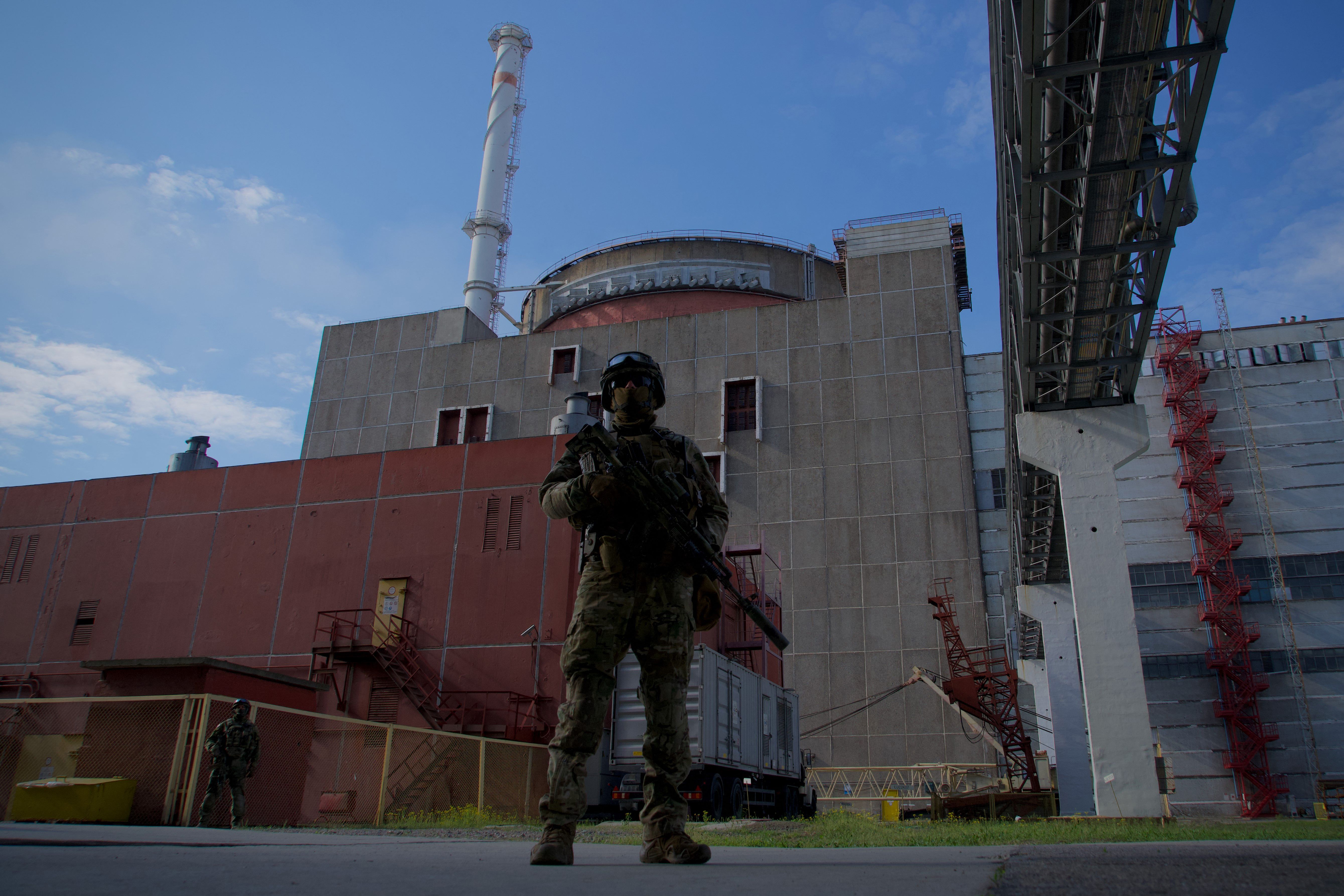 Russia has refused to comply with calls for the demilitarization of Ukraine’s Zaporizhzhia nuclear power plant, despite apocalyptic warnings about what could happen if conflict around the site continues.

Concern is mounting about safety at the plant—the largest nuclear power plant in Europe—amid accusations from both Russia and Ukraine that the other side is bombing the area.

As fears of an impending nuclear disaster continue to grow, employees at the plant have allegedly been told not to go to work on Friday amid speculation from both sides that an “incident” is being planned, according to an NBC News report.

Ukrainian officials later confirmed in a tweet that staff had been given a sudden day off.

Speaking at a joint press conference with Ukrainian President Volodymyr Zelenskyy on Thursday, UN Secretary-General Antonio Guterres and Turkish President Recep Tayyip Erdogan issued dire warnings about the fate of the plant if fighting there escalated and caused damages.

“We don’t want to experience another Chernobyl,” Erdogan said. “We’re exerting efforts for the termination of the conflicts [at the plant] by diplomatic means.”

“Any potential damage to Zaporizhzhia is suicide,” Guterres told reporters.

Western countries have repeatedly urged Moscow to withdraw its troops from the Zaporizhzhia nuclear power plant.

However, Ivan Nechayev, deputy director of the Russian foreign ministry’s Information and Press Department, told journalists at a press briefing on Thursday that such proposals were “unacceptable” to the Kremlin.

“Their implementation will make the plant even more vulnerable,” he said, referring to Erdogan and Geterres’ calls for Moscow to change course.

In a post on the Telegram messenger service on Thursday, Zaporizhzhia employees said they had “feelings of deep anxiety for the future” and were “powerless before human irresponsibility and madness.”

“Artillery strikes are becoming more and more powerful and dangerous every time, and the threat of destruction of critical nuclear security facilities is more and more real,” they said.

“Our planet is so small… it is absurd to assume that it will be possible to hide somewhere from the consequences of a large-scale nuclear disaster. The consequences may turn out to be an order of magnitude more terrible than the results of the tragedies in Chernobyl and Fukushima.”

Fortune was not able to independently verify the Telegram post.

In 1986, a nuclear disaster occurred at the Chernobyl power plant in Ukraine, caused by a combination of flawed Soviet reactor designs and mistakes being made by staff at the facility.

According to the World Nuclear Association, the accident was “a direct consequence of Cold War isolation.”

Leon Cizelj, president of the European Nuclear Society, told CNN on Thursday that in the unlikely case that the Zaporizhzhia plant was damaged, it was doubtful that the radioactive problems that would arise would spread beyond Ukraine as seen with the Chernobyl disaster.

The Fukushima accident occurred in 2011, after a major earthquake triggered a tsunami that disabled the power supply needed for the cooling of three of the Japanese nuclear power plant’s reactors.

Cizelj told CNN the Fukushima disaster was a “worst-case scenario.”

On Thursday, Russia threatened to shut the Zaporizhzhia power plant down and warned that radioactive material could reach Germany, Poland and Slovakia if an accident unfolded at the facility.

Zaporizhzhia has been the site of conflict for several months. Russian troops have been stationed there since they seized the plant—which is still being run by Ukrainian technicians—in March.

Early on in the war, a fire at the nuclear power station brought about by a Russian shelling attack, led to an alert from Zelenskyy that an explosion at Zaporizhzhia would spell “the end of Europe.”

The metaverse is replacing the office. Meet the gamified workforce of...

What home prices will look like in 2023, according to Zillow’s...