Most capital markets have done little favors this year for speculative investors. The NFT market hasn’t been spared from crypto’s chaos, which has led to the downfall of former top 10 tokens, CeFi platform drama, and hedge fund collapses headlined by Three Arrows Capital – which once had a roughly $10B AUM earlier this year.

Less than a week since filing for bankruptcy in the state of New York, it’s now been revealed that Three Arrows Capital has a bevy of blue-chip NFT holdings, which could very well be liquidated in 3AC’s bankruptcy proceedings.

Let’s dive into what those NFTs are, and where the road could lead from here.

A team of analysts at 21Shares took publicly available data from Dune Analytics and built their own dashboard of known 3AC addresses with Ethereum network holdings. Those assets include nearly a dozen CryptoPunks, roughly $2.5M worth of ArtBlocksCurated, a variety of ArtBlocks, Autoglyphs, Chromie Squiggles and Mutant Apes – and even a lone Bored Ape. The collection of CryptoPunks are the most valuable, coming in at a current value north of $3M. NFT assets total north of $7M in today’s value.

Other insights and notes from the dashboard: 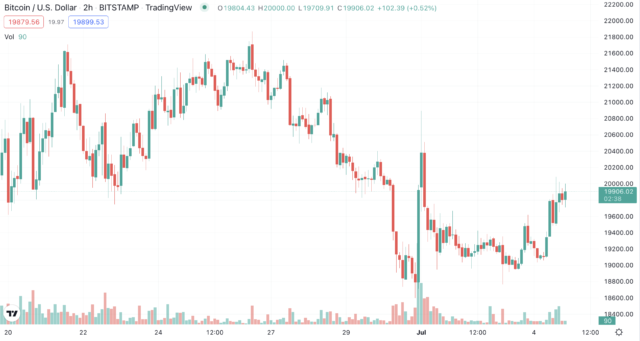 In the same vein of Terra Luna’s downward spiral, there are ‘eggs cracking to make the omelet’ that is the downfall of Three Arrows Capital. Leverage throughout the crypto ecosystem began to unravel following Terra’s collapse, in fact, eventually leading to liquidity issues with CeFi platforms like Celsius and Three Arrows failure to meet required margin calls.

This spiral largely existing within broader market downturn, and consisted of more centralized players that were utilizing decentralized tools to add efficiencies. However, those added efficiencies came at higher risk, so while DeFi platforms and more decentralized tokens and projects – like even Bitcoin itself – have not been spared from the broader market impacts, they were not dramatically impacted to the point of implosion like many of their centralized counterparts.

If anything, it’s a testament to the impact and stature of DeFi tools and should provide long-term optimism in the midst of short-term pains.

Related Reading | NFT Volume Down 93% Since January, Is This The Beginning Of The End?

CreatorDAO raises $20 million in funding round

Judge Orders Peter McCormack To Pay 1£ In Damages To Craig...