Prime Minister Boris Johnson on Monday came under renewed criticism following the publication of photographs reportedly showing him drinking with officials in 2020 while England was under a four-week lockdown.

The pictures, first published by ITV News, were released as senior civil servant Sue Gray prepares to publish her long-awaited report into gatherings in Downing Street and Whitehall during the coronavirus pandemic.

The report is expected to be strongly critical of the prime minister but also of the civil service, which union leaders say is facing “rock bottom” morale because of looming staff cuts.

According to ITV News, the pictures were taken at an event at Number 10 on November 13 2020 to mark the departure of then communications director Lee Cain.

However, Downing Street played down the photographs. “The Cabinet Office and the Metropolitan Police have had access to all information relevant to their investigations, including photographs,” it said. “The Met have concluded their investigation and Sue Gray will publish her report in the coming days, at which point the prime minister will address parliament in full.”

Gray met Johnson earlier this month to discuss the report, prompting suggestions that the prime minister had tried to persuade the senior civil servant to water it down.

Downing Street admitted on Monday that the meeting was proposed by Number 10 officials but said it was only to discuss logistics and timings around the report’s publication.

Gray’s report had been delayed while the Met carried out its investigation, which resulted in the issuing of 126 fixed penalty notices, including for Johnson’s wife Carrie and chancellor Rishi Sunak.

Those within the civil service are also braced for a scathing assessment of their working practices, with officials speculating that cabinet secretary Simon Case could be forced out of his job.

Unions and senior figures within the service have warned that staff morale is low in the wake of increased ministerial criticism.

Jacob Rees-Mogg, Cabinet Office minister, has condemned the “working from home” culture while Johnson recently ordered ministers to cut department headcounts, with the aim of slashing around 90,000 jobs.

“Civil servants have pretty thick skin and are used to being criticised without being able to respond,” said Alex Thomas, programme director at the Institute for Government think-tank. “But there are concerns about staff morale and motivation given the way in which some of the information particularly around staffing and working from home has been communicated.” 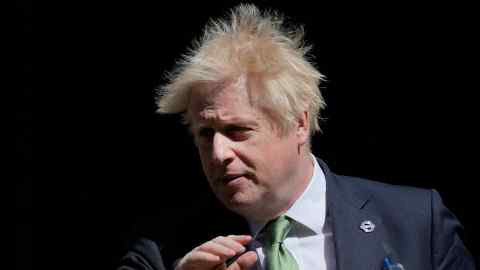 According to data from the Office for National Statistics, there were 505,000 civil service employees in September 2021, an increase of around 7,000 compared with June 2021.

The government has said the announced job cuts would reduce the headcount to pre Brexit, pre-Covid levels, but the news came as a surprise to many mandarins, who had the awkward task of explaining the policy to worried staff.

Mark Serwotka, general secretary of the Public and Commercial Services union, argued that the job cuts were indicative of a government that had shown “no gratitude” or “loyalty” towards civil servants.

“That the jobs announcement was made in the Daily Mail, with no prior warning or consultation, tells you all you need to know about the way the government treats its workers, so is it any wonder morale is at rock bottom,” he said.

Insiders warned that repeated attacks against the civil service would accelerate the departure of talented staff. “We are seeing record attrition rates in the fast stream,” argued Dave Penman, general secretary of the FDA civil service union.

One civil servant said the vast majority of staff enjoyed their jobs and believed in the value of their work, adding: “So to be criticised by Jacob Rees-Mogg on the front pages of national press is pretty galling.”

In her interim report published in January, Gray said there were “failures of leadership and judgment by different parts of Number 10 and the Cabinet Office” and also voiced concerns about the “excessive consumption of alcohol” within Whitehall.

One senior Conservative MP said that calls for staff cuts were “legitimate” and voiced concerns that some senior civil servants had grown increasingly out of step with the challenges facing the country.

A government spokesperson said: “We are incredibly grateful to the civil service for the outstanding job they do in delivering for the public.

“However, when people across the country are facing huge living costs, the public rightly expect their government to lead by example and to run as efficiently as possible.”

The Federal Reserve’s interest rate rises are too little, too late

Free Internet for 48 million low-income homes under deal between U.S....