KPMG has been fined £3.4mn by the UK accounting regulator for serious failings in its audit of Rolls-Royce’s 2010 accounts, five years after the engine-maker reached a settlement with authorities over corruption allegations.

It is the fourth significant fine imposed on KPMG in the UK this year as the Big Four accountant contends with a long sequence of investigations into its previous work.

The Financial Reporting Council said on Tuesday that it found KPMG had failed to deal properly with indications that Rolls-Royce was not complying with legal requirements in relation to payments of agents in India.

The payments formed part of the allegations in a criminal investigation of Rolls-Royce by the UK’s Serious Fraud Office, which resulted in the £497mn settlement in 2017.

According to the regulator, allegations of bribery and malpractice were prominent at the time of the Rolls-Royce audit, and KPMG was “well aware” of the issues because it was also the auditor of another unnamed defence company. That group had paid large fines to settle US and UK criminal investigations into the use of intermediaries and “advisers”, a common structure for bribery rackets.

KPMG failed to exercise professional scepticism and did not obtain sufficient audit evidence and document this on the Rolls-Royce audit file, the regulator found, adding that its quality control was not up to standard.

The watchdog did not find that Rolls-Royce’s 2010 accounts were materially misstated because of the audit failures. It also investigated the audits for the years from 2011 to 2013 but did not find any wrongdoing.

KPMG’s fine was reduced from £4.5mn to £3.4mn because it co-operated with the investigation. The penalty takes the firm’s tally this year to £21.7mn after it agreed to fines for its audits of drinks seller Conviviality, hospitality group Revolution Bars and for misleading regulators during an inspection of its audits of outsourcer Carillion.

In addition to the fine for its Rolls-Royce audit, KPMG was issued a severe reprimand and ordered to commission an independent review of its policies for auditing companies’ compliance with laws and regulations. It was also ordered to pay £726,000 in costs to the FRC.

Anthony Sykes, the partner who led the audit, was also reprimanded and fined £112,500, reduced from £150,000 to reflect his co-operation. 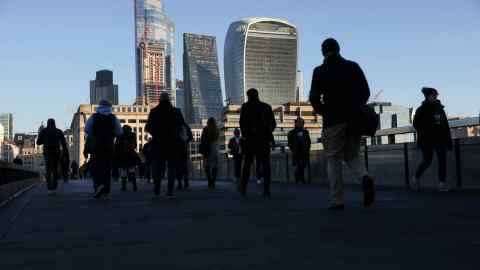 “It is essential that auditors are alive to the risks of companies’ non-compliance with laws and regulations, and conduct work in this area with care and sufficient professional scepticism,” said Claudia Mortimore, deputy executive counsel to the FRC.

“This is particularly so when the audited entity is in a sector where such risks are known to be prevalent,” she said.

Jon Holt, UK chief executive of KPMG, said he was “sorry that elements of our work . . . did not meet the professional standards required”.

Accelerating the resolution of the firm’s backlog of regulatory problems has been part of Holt’s strategy since taking the top job in May 2021.

“In addition to resolving legacy cases, we are also investing significantly in training, controls and technology to improve quality and resilience in our audit practice,” he said.

admin - November 28, 2022
0
"If You Certify Today, The Only Thing You'll Be Certifying Is Your Corruption" - RAV's Ben Bergquam to Maricopa Board of Supervisors ...

vr augmented reality development and how it’s changing the world.

admin - November 28, 2022
0
VR augmented reality has already been a mainstay of science fiction. The idea has been the subject of numerous works of fiction and...

The time to put Trump on trial is drawing near

One key economic sign shows that inflation in Europe may have...