The House Ethics Committee launched a broad federal investigation into Rep. Madison Cawthorn, R-North Carolina, on Monday, following allegations that he engaged in insider trading and had a sexual relationship with his aide.

A subcommittee of the House Ethics Committee is looking into Republican Congressman Madison Cawthorn’s relationship with a staff member and whether he unlawfully promoted a cryptocurrency in which he may have had a hidden financial interest.

A unanimously constituted investigative subcommittee, led by Democratic Congresswoman Veronica Escobar, announed on Monday that it will investigate the North Carolina Republican’s relationship with the staff employee and the cryptocurrency issues, according to the Democratic-dominated House Ethics Committee.

“Pursuant to the Committee’s action, the Investigative Subcommittee shall have jurisdiction to determine whether Representative Madison Cawthorn may have: improperly promoted a cryptocurrency in which he may have had an undisclosed financial interest, and engaged in an improper relationship with an individual employed on his congressional staff,” the Ethics Committee said in a statement.

Cawthorn, the Trump-backed youngest member of Congress, was defeated in his primary earlier this month. After a long line of controversies, including the two topics under investigation by the committee, he lost his May 17 primary race to Republican state Sen. Chuck Edwards.

According to the Washington Examiner, Cawthorn told his Instagram followers the night before the announcement, “LGB legends…. Tomorrow we go to the moon!” (The token skyrocketed in the headlines.) Since then, it has cratered.) 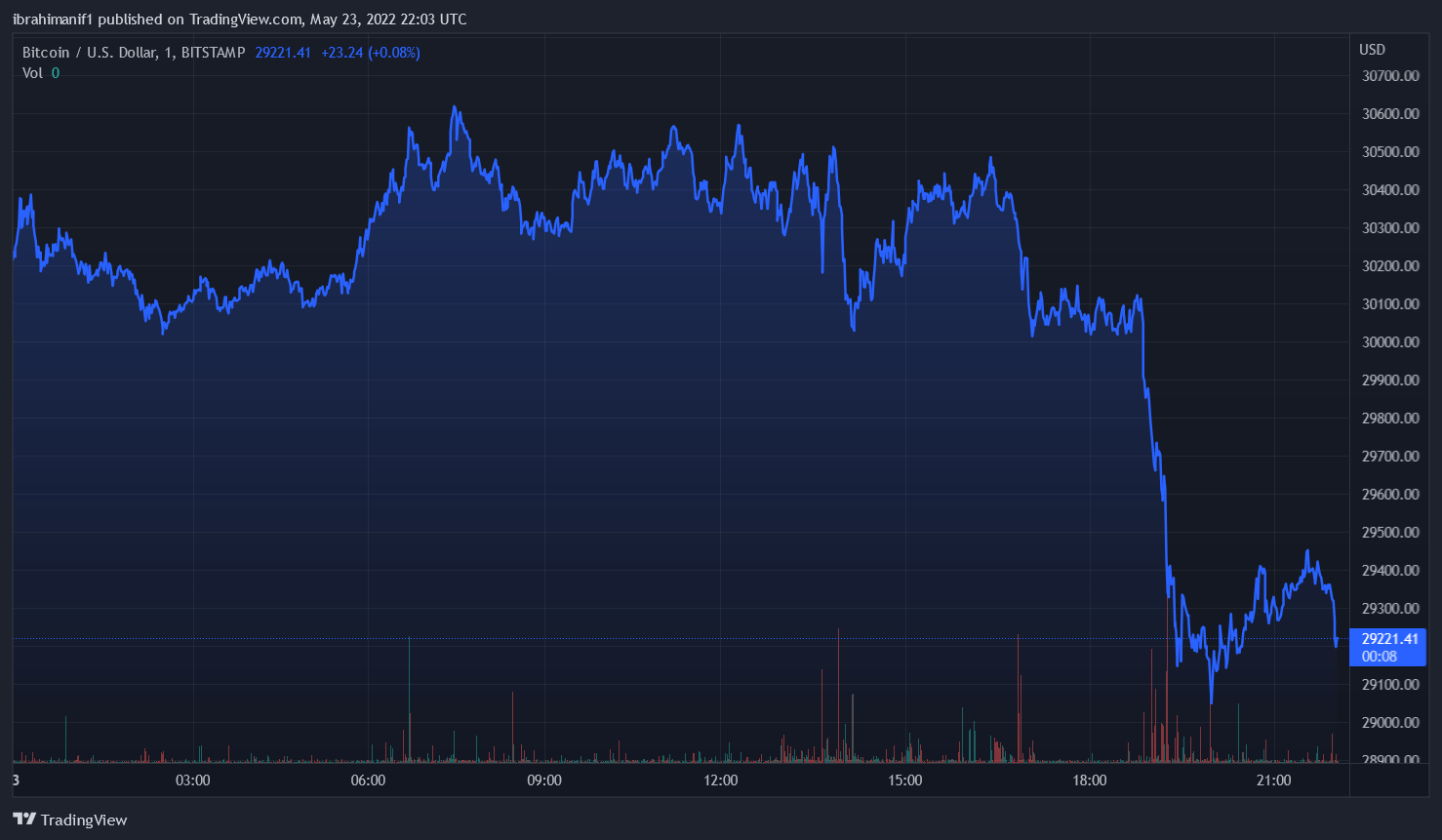 “Insider trading by a member of Congress is a serious betrayal of their oath, and Congressman Cawthorn owes North Carolinians an explanation,” Tillis tweeted after the Washington Examiner piece was published. The House Ethics Committee should conduct a comprehensive and bipartisan investigation into the incident. ”

On April 29, an anti-Cawthorn political action committee filed an ethical complaint against Cawthorn, citing the cryptocurrency issue as well as his relationship with and alleged gifts to his scheduler, who is also his distant cousin.

The office of the leaving congressman insists that he has done nothing wrong. Blake Harp, Cawthorn’s chief of staff, said in a statement:

“We welcome the opportunity to prove that Congressman Cawthorn committed no wrongdoing and that he was falsely accused by partisan adversaries for political gain. This inquiry is a formality. Our office isn’t deterred in the slightest from completing the job the patriots of Western North Carolina sent us to Washington to accomplish.”

admin - December 8, 2022
0
Join Our Telegram channel to stay up to date on breaking news coverage  Sellers are increasing their momentum STELLAR Price Analysis – 08 December In case...

Crypto whales are accumulating XRP after a recent price increase