Toyota warned its profits could fall by a fifth this year because of rising energy costs and a doubling in raw material prices following coronavirus pandemic-related disruptions to supplies.

The forecast 20 per cent drop in operating profits by the world’s largest carmaker sent its shares down 4.4 per cent on Wednesday.

“We expect a decrease in our operating income due to unprecedented increases in materials and logistics costs. However, we will continue with our future investments,” said Masahiro Yamamoto, chief officer of Toyota’s accounting group.

Executives said the weaker yen and high vehicle sales were unlikely to offset a steep rise in raw material and logistics costs, which are expected to hit ¥1.45tn. This would more than double last year’s costs, which also reached an all-time high.

Half of this year’s costs are from Toyota’s overseas business, while the rest would come from Japan, the company said, adding it would promote efforts to reduce the use of some materials or replace them with cheaper ones.

Despite the rising costs, Toyota said it was difficult to increase the price of products. “It is challenging to raise the price of the finished products just because material costs have gone up. Our basic stance is to make decisions based on a careful look at each region,” said Jun Nagata, chief communication officer.

Analysts said there was room for Toyota to raise its forecast since the company assumed an exchange rate of ¥115 against the dollar, a sharp contrast to today’s ¥130 rate.

However, the conservative outlook still unnerved investors as the Japanese carmaker had outperformed rivals throughout the global pandemic by using stringent cost cuts to offset supply chain disruptions and plant closures. 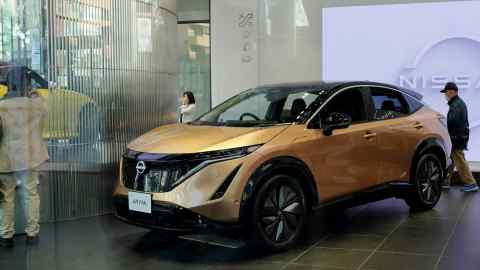 “Toyota is not right now in the phase to come up with a bullish forecast,” said Takaki Nakanishi, an industry analyst, pointing to falsification scandals in the carmaker’s group companies and repeated downgrades of production projections last fiscal year.

On top of the rise in steel and aluminium prices, Nakanishi said the challenge for Toyota was that Japanese consumers were sensitive to price increases.

Toyota posted an operating profit of ¥463bn for the fourth quarter, down 33 per cent year on year. Its revenue reached ¥8.1tn, up 6 per cent.

admin - October 7, 2022
0
What a difference a decade makes. There was a time when the United States would talk to Russia with at least the pretense...