Eliminating abortion rights in the US would have “very damaging effects” on the country’s economy, Treasury secretary Janet Yellen told lawmakers on Tuesday.

In testimony delivered to the Senate Banking Committee, Yellen warned overturning Roe vs Wade, the landmark Supreme Court ruling that has guaranteed access to abortion nationwide for almost 50 years, would increase poverty rates among women and reduce earning potential for children.

“I believe that eliminating the right of women to make decisions about when and whether to have children would have very damaging effects on the economy and would set women back decades,” she said in response to a question from Bob Menendez, the Democratic senator from New Jersey.

Her comments came the week after a draft opinion was leaked by Politico indicating that the Supreme Court, which has a conservative majority, was poised to overturn Roe vs Wade. The court later confirmed the authenticity of the report but insisted it did not represent its final decision on the matter.

Referencing the benefits of abortion, Yellen said access to the procedure and reproductive healthcare more broadly has helped to increase labour force participation and allowed women to “plan and balance their families and careers”, increasing their lifetime earnings. 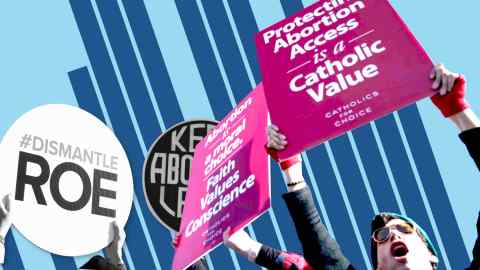 Yellen faced criticism from Republican senators for her comments, with Tim Scott of South Carolina saying her framing of the abortion issue in the context of labour force participation was “callous” and “harsh”.

“I certainly don’t mean to say what I think the effects are in a manner that’s harsh,” she responded. “What we’re talking about is whether or not women will have the ability to regulate their reproductive situation in ways that will enable them to plan lives that are fulfilling and satisfying for them.”

“There is a spillover into labour force participation, and it means that children will grow up in poverty and do worse themselves,” she added. “This is not harsh, this is the truth.”

Class of 2022 speaks up about their future

Here’s why A.I. chatbots might have more empathy than your manager