A senior Federal Reserve official has countered rebukes that the US central bank will cause a painful recession as it attempts to tame sky-high inflation, instead forecasting the economy will show continued “strength and resilience” despite far tighter monetary policy.

In a speech delivered on Tuesday, John Williams, president of the New York Fed, acknowledged the central bank’s task to “turn down the heat” on a red-hot economy without undue hardship would be difficult, but said it was “not insurmountable”.

The message from Williams — a close confidant of Fed chair Jay Powell and a voting member of the Fed’s monetary policy setting committee — was delivered at a tumultuous time for financial markets, which have whipsawed violently in recent days as investors prepare for an end to the pandemic-era stimulus measures that central banks worldwide have had in place for the past two years.

US borrowing costs are also sharply higher, led by a jump in the 10-year Treasury yield, a benchmark that underpins borrowing costs and equity valuations worldwide. It now trades at about 3 per cent, up 1 percentage point since March.

The Fed has already raised its benchmark policy rate from near-zero levels to a new target range of 0.75 per cent to 1 per cent, having delivered its first half-point rate rise since 2000 just last week. The central bank is poised to repeat the move at its meetings in June and July, with elevated odds of a similar adjustment in September.

Traders broadly expect the federal funds rate to reach 2.7 per cent by the end of the year, a level economists project will begin to crimp economic activity, especially as the Fed’s planned reduction of its $9tn balance sheet gets under way next month.

Given the extent to which inflation has overshot the Fed’s 2 per cent target, with one measure of core inflation that strips out volatile items such as food and energy hovering at 5.2 per cent, many economists fear the Fed will need to be far more aggressive in terms of tightening monetary policy if it is to contain price pressures. At risk is a sharp contraction in economic growth and job losses.

“It’s unlikely the Fed is going to be able to manage that to a soft landing,” said Randal Quarles, a former top official who departed the central bank late last year, in a recent public appearance. “The effect is likely to be a recession.” 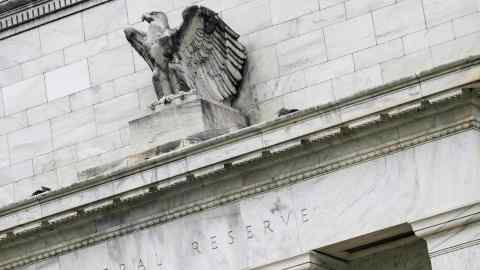 Williams on Tuesday instead boasted of an “advantage” the central bank has this time around, as he built the case for why he expects core inflation to descend to nearly 4 per cent this year and 2.5 per cent next year without a significant deterioration in the unemployment rate and economic growth.

“Our monetary policy tools are especially powerful in the very sectors where we see the greatest imbalances and signs of overheating — such as durable goods and housing,” he said. “Higher interest rates will cool demand in these rate-sensitive sectors to levels better aligned with supply. This will also turn down the heat in the labour market, reducing the imbalance between job openings and available labour supply.”

Paywalls are here to stay, but they’re closing off the internet. Crypto can fix that

admin - October 6, 2022
0
Join Our Telegram channel to stay up to date on breaking news coverage In response to Elon Musk’s acquisition of Twitter, the price of...

Paywalls are here to stay, but they’re closing off the internet. Crypto can fix...

admin - October 6, 2022
0
It wasn’t so long ago the web was like a giant bazaar. You could return again and again to the digital version of...

“EU Will Have to Face the Fact they Have Been Betrayed”

admin - October 6, 2022
0
Russian Foreign Ministry Spokesperson Maria Zakharova As the Biden Regime and its media proxies continue to blame Russian for blowing up the Nord Stream...

How ‘taking back control’ led to border chaos for UK holidaymakers