Credit Suisse has pulled out of settlement negotiations with Sanjeev Gupta’s GFG Alliance, forcing the start of insolvency hearings in a UK court on Tuesday, according to people with knowledge of the process.

Gupta has spent more than a year trying to head off legal action intended to force parts of his metals empire out of business over unpaid debts after the collapse of specialist finance firm Greensill Capital last March.

But following police raids conducted at his company’s offices in recent weeks — as well as a breakdown in negotiations with his main creditor, Credit Suisse — the fate of swaths of Gupta’s UK business now rests in the hands of a British judge.

Credit Suisse investors are owed more than $1bn by GFG, which borrowed money from a group of supply chain finance funds linked to Greensill. In total, Gupta borrowed $5bn from Greensill to finance the growth of a sprawling metals empire that employs thousands of workers around the world.

US investment bank Citigroup — which is acting on behalf of Credit Suisse — filed a flurry of applications in London’s insolvency court against some of Gupta’s commodities and industrial businesses last March.

Under UK law, creditors can apply to the court to close a company that owes them money. To succeed, they must show that the company cannot pay what it owes, in which case the company’s assets can be sold to repay them.

The preliminary hearings on Tuesday are to establish whether GFG’s troubles were the result of Covid or problems inherent with the group, as part of measures introduced last year. Should the judge rule that GFG’s difficulties were broader than the pandemic, the group could be wound up.

Citi is the trustee of bond-like products sold by Greensill, which collapsed in March 2021. The supply chain financing group packaged up debts from Gupta’s businesses into the products, which were then sold to investors.

Credit Suisse, the beleaguered Swiss bank that put $10bn of its clients’ money into Greensill’s investment products, was one of the main investors in these notes.

In attempting to reach a settlement with Gupta, Credit Suisse has granted the industrialist more time on several occasions over the past year by postponing the winding-up hearings. But the bank’s negotiating team has grown frustrated at the lack of progress, according to people familiar with their thinking.

Under a deal struck between Gupta and the Swiss bank in October, GFG paid back a third of the $274mn owed by its Australian business and agreed to pay the rest on a monthly basis with interest by mid-2023.

But much of the roughly $1bn remaining is owed by its struggling UK operations, which Credit Suisse negotiators have discounted as being close to worthless. 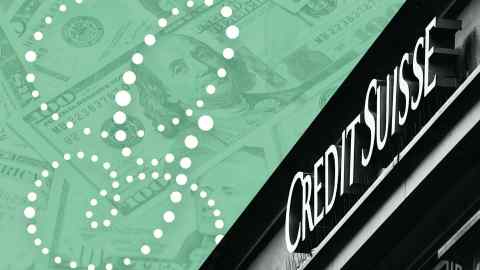 Credit Suisse declined to comment on the winding up proceedings. GFG said: “Our core international businesses continue to generate strong returns and achieve record production levels. We remain committed to repaying all creditors and continue to make positive progress toward a consensual debt restructuring that’s in the best interest of all stakeholders.”

Last month investigators from the UK Serious Fraud Office descended on sites connected to GFG and demanded documents in relation to the agency’s probe into suspected fraud, fraudulent trading and money laundering within Gupta’s empire.

Days earlier, French police searched GFG properties, including its Paris offices and an aluminium smelter in Dunkirk, as part of investigation by the Paris prosecutor’s office into alleged misuse of corporate assets and money laundering.

In a further blow, Gupta last week lost control of a Belgian aluminium mill that has been the subject of litigation with its lender, US private equity group American Industrial Partners.

admin - October 2, 2022
0
New laws in Texas and other US states that punish financial firms for “boycotting” oil and gas endanger global financial stability by encouraging...

“Know I’m Being Banged Up by the Republicans, But Uh, Come Bring it On”...

More than 40 migrants die in truck in San Antonio, others...

Coinbase layoffs: Coinbase says it will lay off 18% of its...