You and I, dear reader, are in an unequal relationship. Although you are not obliged to read this article, I do have to write it. If you stick with me, however, we will both be rewarded, because I’m going to encourage you to share a few motivational treats.

As soon as I have typed my final full stop, I intend to do three things: to stand up and emit a cry of triumph and click of the heel; to add this small achievement to a “have done” list, with dates; and then, most importantly, have a biscuit.

If you are still with me, I imagine it’s the thought of that biscuit. Me too. But in the battle to work through my recent projects, I’ve been looking for wider sources of inspiration than just a sweet tooth. The key is to find some way to mark the end of each job with a reward or tiny commemoration.

A family visit to the circus suggested that the loud and proud “Hey!” from the acrobats as they stood to attention, hand held high, on completion of a trick might work for us too — no one applauds but I do it anyway. A professional counsellor who’s been helping me get back to work after ill health suggested a list of “recovery achievements” — despite my scepticism, it works, and is propped up to catch the eye in moments of demoralisation. 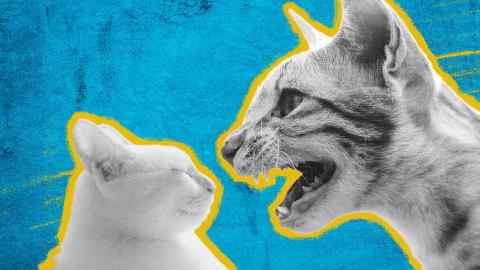 In the Before Times, I relied on a simple to-do list, but their inadequacies are well documented these days. The weird false equivalence imposed on items that range from “write article” and “buy cat food” to “move house” or “learn Spanish” makes a nonsense of all endeavours. It creates a perpetual tyranny for the time poor (all of us) and the procrastinator (many of us). If, like me, you put the occasional already-completed task on there to tick off and give yourself a boost, this approach is still a recipe for feeling behind.

Even the most complex and comprehensive designs for list-making seem to have met their match in our age of overload. David Allen’s Getting Things Done, originally published in 2001, with a system of lists subsequently trademarked as GTD, may be the most well known. Its multiple folders and geeky dependence on labelling kit is not for me, but there is a helpful insight in Allen’s reasons for devising GTD.

Any obligation or idea, until fulfilled, creates what Allen calls an “open loop”, inducing anxiety until the task is dealt with and the loop closed. Holding them all in your head — or on a crazy list of ever-increasing length and bizarre catholicism — is stressful. Get yourself a system and you can track them all, make progress, and feel on top of things.

There are two main problems with GTD, however. First, the lack of biscuits. The other is that in the digital age no one person can do it all — this realisation can even induce paralysis. Why even start closing loops when there are so many?

Whether you’re the boss, the deputy or on your way up, we’re shaking up the way the world works. This is the podcast about doing work differently.

Join host Isabel Berwick every Wednesday for expert analysis and water cooler chat about ahead-of-the-curve workplace trends, the big ideas shaping work today — and the old habits we need to leave behind.

In a superb essay on GTD for The New Yorker, computer science professor and “deep work” expert Cal Newport argues that the endless drive for greater productivity visits psychological torment on knowledge workers and “is still understood as a matter of personal will”. But we can never ramp up our individual response to cope with the incoming volume of work.

The sane approach is to set limits. This is what Oliver Burkeman, author of Four Thousand Weeks — and who crusades against a life frittered away thinking that we can or should get everything done — points out. In his prescription, that means accepting what is unimportant and what, however desirable, we will never get around to.

I like his theory better but again, where’s the reward in all this? Where’s the applauding circus audience? Burkeman wants us to appreciate that frantic activity can’t stave off the grim reaper, but in the meantime we do actually have to deal with the unavoidable obligations or “open loops”. Hence the centrality of morale boosts in my own work plan.

There are always more worlds to conquer, but we can’t get to all of them and they don’t easily fit into labelled folders. In the meantime, now we’ve both reached the end, we can strike a simultaneous triumphant pose, shout “Hey!” and claim our delicious reward.

admin - October 6, 2022
0
The global need for power to provide ubiquitous connectivity through 5G, 6G, and smart infrastructure is rising. This report explains the prospects of...

UK pushes ahead with plan to deport asylum seekers to Rwanda