Sir Keir Starmer, leader of the opposition Labour party, is under renewed Conservative pressure over the so-called “beergate” affair, after new evidence suggested that a lockdown dinner he attended with colleagues was pre-planned.

On Sunday, Labour claimed Starmer was the victim of Tory “muckraking”, but the reopening of a police probe into the beer and curry meal in Durham in April 2021 has raised the spirits of prime minister Boris Johnson after a dire set of Tory local election results.

Johnson’s colleagues said he was “buoyant” at Starmer’s discomfort. “He can’t stand Starmer and thinks he’s on the run,” said one person close to the prime minister.

Although Johnson himself still faces a number of inquiries into his involvement in the “partygate” affair over breaches of Covid rules at Downing Street during lockdown, Tory strategists believe Starmer’s difficulties will help to draw the sting from the issue.

A Labour document, published by the Mail on Sunday, added to the pressure on Starmer since it showed that a dinner in Durham with local MP Mary Foy and staff last April was part of a planned campaign schedule.

Labour officials had said Starmer had eaten “between work demands”. But the Labour memo showed that the 80-minute dinner was part of his schedule that included returning to his hotel after the meal. 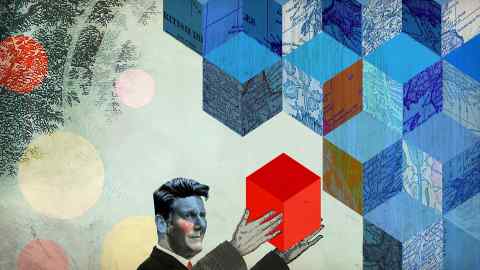 The Labour leader has insisted that no rules were broken, but Dominic Raab, deputy prime minister, said on Sunday that Starmer had “a bunch of questions to answer” about the Durham event.

Covid lockdown rules last April made it illegal for people in England to socialise indoors with people outside their household or support bubble.

Durham police have reopened an investigation into the incident, having previously decided that an offence has not been committed, following a lengthy campaign by Tory MPs and Conservative newspapers to look again at the matter.

Lisa Nandy, shadow levelling up secretary, told Sky News’s Sophy Ridge on Sunday that the allegations against Starmer were “absurd” and that the Labour leader was “Mr Rules”. Asked whether Starmer should quit if he was issued with a fine, she refused to answer “hypothetical” questions.

Raab declined to call for Starmer’s resignation, arguing the Conservatives were looking at the bigger political picture, but the Labour leader’s position would potentially be serious if he were to receive a fine.

Starmer, the former head of the Crown Prosecution Service, called for Johnson to quit after the Metropolitan Police launched its investigation into his participation in partygate, even before the prime minister was fined.

Sir Ed Davey, Liberal Democrat leader, said the partygate affair was much more serious than the “beergate” event, but said that any politician given a fixed penalty notice by police would find it “extremely difficult” to continue.

S4 Capital: Sorrell must fix accounts failings and be right on...

Government to clash with Bank of England over City deregulation plan