There have been just two women to hold the post of Lord Mayor of London in more than 800 years. Alison Gowman wants to be the third.

The annual election of the Lord Mayor is hidden from public scrutiny, picked from and by a small group of mostly male City elders, a process seen by some as typical of the arcane processes that thread through operations in the governing City of London Corporation.

But Gowman, an alderman and sheriff of the City of London, knows a bit about the inner workings of the City. In fact, she has written a book on it — subtitled “who, what, why?” — which goes some way to explaining how its dozens of administrative committees sit alongside centuries-old institutions in the common council, liveries, aldermen, sheriffs and, of course, Lord Mayor — head of the City of London Corporation, the Square Mile’s local authority, and ambassador for the capital’s financial services industry.

The City, says Gowman, is not just another local authority given a wider portfolio that stretches from a police force, schools and charities to running parks and woodland as well as a vast property portfolio. It has faced criticism given this range of activity — for example, overseeing planning applications while also being a significant property owner. 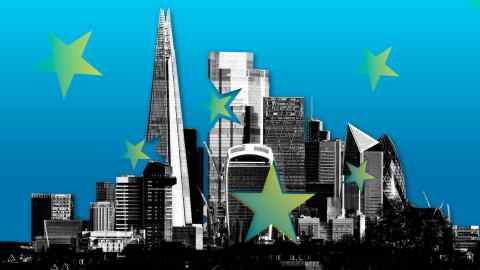 “The city corporation is a multi headed organisation that does so many different things,” she says, sitting in her office in the Old Bailey above the cells where prisoners are held. “I think there are checks and balances built into the system. We need to all be careful about how we address those sorts of issues [and] potential conflicts.”

Even so, she sees the need to shine greater light on how the City works. “We need to be a bit more clear and open about what we’re doing, and why we’re doing it. It’s an evolution rather than a revolution, because I think it’s an ancient office that needs to be respected, but actually can innovate just as the city businesses are innovating all the time.”

Gowman is one of the four women sitting on the 25-strong group at the Court of Aldermen who hold the ballot to elect the Lord Mayor, a largely ceremonial role surrounded by centuries-old pomp, from the clapping into the regular formal dinners in Mansion House, where the mayor has an apartment, to the annual parade along the streets of London.

But even if ceremonial, the office has power — described by Gowman as the “soft” kind that comes with influencing decision makers and promoting the City while convening important groups, as well as lobbying political and business leaders both overseas and in the UK.

The mayor, alongside the sheriffs, she says “engages with businesses and with governments and with overseas governments to [help them] understand how London is a global city, which has innovation and finance at its heart”.

There is, she admits, a lot of wining and dining involved, but the role means much more than that.

“I would certainly like to go forward to be Lord Mayor . . . I got involved because I felt I had something to say.”

She is already an alderman and one of the two sheriffs of the City of London, a necessary first step to be a candidate for Lord Mayor. As sheriff, Gowman has responsibilities, supporting judges at the Old Bailey and promoting the rule of law. This role dates back to the Magna Carta, which enshrined the City of London’s right to elect its lord mayor and sheriffs.

“There is a lot of formality, which you may say the corporation is steeped in,” she says. “But sometimes ceremony can be good because it gives a structure around which to do things. If you’ve got something that’s been tried and tested over centuries, then it actually means it happens properly and easily.”

She is keen to make sure that the City is open for all, as fitting for a candidate for a role that will always be linked to the fictional tale of Dick Whittington, a poor boy who travelled to London to seek his fortune.

Essex-born Gowman was grammar school educated, but felt that the City was a place for her as she moved from a trainee solicitor to the first female partner at law firm DLA Piper.

“I’ve seen things change and hopefully I’ve been helpful to that change. It can seem like a bit of an edifice, and not as open as it should be. I felt I could make my way and I think that’s how everybody should be able to feel about the city — that it’s open for them to get involved, and to be embraced.”

London faces new challenges from the pandemic, having been one of the hardest hit by successive lockdowns given the bulk of its population are workers who stayed at home. Offices are slowly refilling with workers but as more companies adopt hybrid work policies, there is some doubt that they will ever again be as essential to the working of the City.

Even so, Gowman is confident that businesses are returning, with a future focus on greener office developments with better facilities in the Square Mile. “I don’t want the building to stop. New buildings [mean] healthier buildings, more open to mixed use, more open in terms of facilities.”

Gowman can also see the broader challenge to the City outside the EU’s single market, fighting for its share of the financial industry against rivals in Germany and France as well as the US and Asia.

“There is competition for all of those things. And we need to be selling our competitive advantage. We can’t rest on our laurels.”

Green finance — investments such as bonds used to support environmentally-friendly activity — is one area that she wants to develop. “If we’re not addressing those issues, we as a city are going to be left behind. The transition to a low-carbon economy is going to be the defining feature of the next 20 to 30 years.”

If you don’t have a successful City, then the rest of the UK will suffer. I don’t see it as inimical to levelling up, I think the city can help in that

London itself is aiming to be net zero carbon by 2040, which she says will mean “a very different looking city” with a focus on greener streets and better flood defences. “That will spill out into people feeling that the city is a more liveable place.”

By supporting the City of London as a financial centre, she says the rest of the UK benefits. “If you don’t have a successful City, then the rest of the UK will suffer. I don’t see it as inimical to levelling up, I think the city can help in that. ”

Gowman was until 2019 chair of the City Bridge Trust, which distributes the money left over from the maintenance of five Thames bridges to charities. She also serves as a trustee to the Museum of London, which is moving to a new site in the redeveloped area around Farringdon that Gowman sees as the burgeoning cultural centre for the City.

Before then, the Museum of London is working on a new exhibition that might not be to the liking of some: the story of how the pandemic ripped through London.

“We’ve got a great collection of stuff from the pandemic, which we’ve been collecting. You will come in a couple years time and say — oh, we had that rainbow up in our window. Those signs saying keep your distance,” she says enthusiastically before pausing.

“Hopefully we won’t be keeping those on our floors around the place any more.”

UK ministers bow to pressure to water down audit and boardroom...