Rishi Sunak, UK chancellor, has launched a consultation on radically changing the rules governing insurance companies, with the aim of allowing them to invest tens of billions of pounds more in infrastructure including green energy.

The government argues that reform of the EU’s Solvency II rules — and their replacement with a British regulatory regime — could unleash what Boris Johnson has called an “investment big bang”.

The consultation on the new regime, announced before markets opened on Thursday morning, aims to make it easier for insurers to invest in long-term illiquid assets, such as offshore wind projects.

Solvency II, a 1,000-page piece of EU legislation, has long been seen as too burdensome by UK insurance companies. An industry report claimed that they would have an extra £95bn to invest if the rules were relaxed.

The first big adjustment would mean easing capital requirements, allowing life insurers to redeploy as much as 15 per cent of what they currently set aside by reducing the so-called risk margin.

The second would be to reform what is known as the “matching adjustment” to allow more money to be deployed to long-term projects, such as offshore wind.

The third reform is intended to cut reporting and other administrative burdens on companies.

John Glen, City minister, said that the reforms could unlock tens of billions of pounds for long-term investments.

“I am confident that these reforms will help maintain and grow the insurance sector whilst ensuring both a very high standard of policyholder protection and the safety and soundness of UK insurers,” he said.

The Prudential Regulation Authority said that while the reforms “would involve an increase in the risk of insurer failure compared to the current position”, the capital requirements could be eased “while continuing to ensure the UK regime provides an appropriate level of safety and soundness”.

The PRA said a combination of reforms that included other changes to the matching adjustment — which reduces insurers’ long-term liabilities — to better reflect credit risks would ensure that the overall package was “within the PRA’s risk appetite and should continue to advance its statutory objectives”.

The prospect of watering down the regime, welcomed by the industry, has been controversial in some quarters. In February, Mick McAteer, a former board member of the Financial Conduct Authority, warned that the reform could weaken consumer protections while providing a windfall for shareholders.

But the Treasury’s plans to change the Solvency II regime have also been eagerly awaited as the first big break between sets of financial rules since Brexit, heralded by senior politicians as an opportunity to make British firms more competitive.

In September, Brussels unveiled its own proposals for changing Solvency II, which it said would deliver a short-term capital boost of up to €90bn for European insurers and allow them to invest more in long-term investments.

This triggered concerns in Whitehall that the EU was moving faster than the UK. The Association of British Insurers, a trade body, warned last year of a risk that the reforms could prove a “Brexit penalty” rather than a “Brexit dividend” if they came up short.

Life insurers, which are expected to benefit most from changes to the rules, have promised to invest billions more in long-term UK assets if the reforms are implemented. 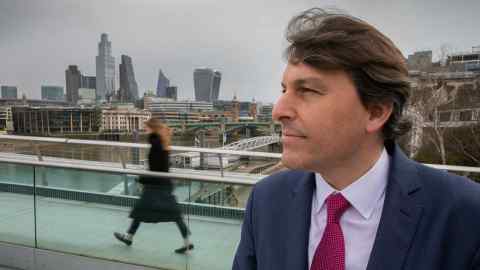 In December, FTSE 100 life insurer Phoenix Group urged ministers to relax solvency rules to help it release up to £50bn in investments to revive the economy, boost infrastructure and meet climate change pledges.

Phoenix, which has £300bn of assets under management and 13mn customers, said that with the right regulatory and policy changes, it could invest up to £40bn to £50bn in illiquid and sustainable assets to accelerate the government’s “levelling-up” plans for revitalising poorer regions and its efforts to decarbonise the economy.

Life insurers use liability matching to make sure they do not run out of money to pay pensioners. But under the EU’s Solvency II rules, they are penalised for using certain illiquid assets in matching adjustment portfolios because they are considered too risky.

WTO Covid patent waiver that no one wants to own