Facebook parent Meta posted its slowest revenue growth since going public, but its share price jumped as profits held up better than expected in the face of several headwinds, including the fallout from Russia’s invasion of Ukraine.

The company booked $7.5bn profit in the January-March quarter, down 21 per cent on the same period last year but above Wall Street’s expectations of about $7.1bn, according to data from S&P Capital IQ.

Revenue came in at $27.9bn, up just 7 per cent on last year, despite continued pressures from Russia’s invasion of Ukraine, increased competition and Apple’s privacy change that have weighed on social media platforms. That was short of analysts’ already damped expectations.

The company said it expected a continuation of negative trends in the current quarter, citing “softness” stemming from the impact of the Ukraine conflict. It forecast a range of $28bn-$30bn for second-quarter revenue. Analysts had hoped that might exceed $30bn.

But the unexpectedly strong profits and forecasts of lower costs for the remainder of the year appeared to buoy investors in after-hours trading, with shares jumping as much as 18 per cent. The company lowered its outlook for expenses throughout this year to $87bn to $92bn, less than its earlier guidance of $90bn to $95bn.

Advertising revenue, which generates almost all of the company’s income, was $26.9bn. Analysts had been hoping for $27.6bn, according to data from Refinitiv. Fallout from the war in Ukraine also weighed on sales. The Kremlin banned Facebook while the social media group blocked Russian advertisers from doing business with the platform.

Meta said the number of ad impressions across its apps had increased 15 per cent on last year, while the price it charges per ad fell 8 per cent.

Mark Zuckerberg, chief executive and founder, said its multiyear projects, such as bets in artificial intelligence and the metaverse, would be reined in “given our current business growth levels”.

“These investments are going to be important for our success and growth over time, so I continue to believe that we should see them through,” he told investors on Wednesday.

The company’s Reality Labs segment — encompassing its metaverse and virtual reality efforts — had a net loss of $3bn in the quarter on revenues of $695mn.

The company’s “family” of apps, including Instagram and WhatsApp, recorded 2.87bn daily active users in the quarter, a 6 per cent year-over-year increase.

The increase in active users was better than expected at a time when investors are looking closely at how many users, particularly younger ones, are finding alternatives such as TikTok a more attractive place to spend their time online. Zuckerberg heralded a growth in use of Reels, the TikTok imitator it recently added to the Instagram app.

Sheryl Sandberg, chief operating officer, said the company saw strong potential in implementing an advertising model for Reels, which accounted for 20 per cent of all time spent on the Instagram app.

“We have great consumer engagement on Reels, we have fast growth,” Sandberg said. “And we have a playbook for taking that kind of consumer engagement and rolling out ads into the experience. This is going to be a multiyear journey . . . but it’s one we’re very optimistic about.” 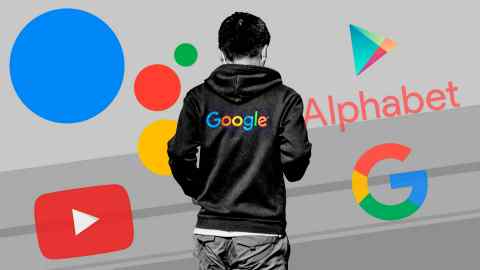 After Meta’s disastrous fourth-quarter 2021 earnings, more than $220bn were wiped off its market cap in its biggest stock price decline since becoming a public company in 2012. Shares were still down about 49 per cent since the start of the year before the earnings release on Wednesday.

Zuckerberg at the time blamed growing competition for the distraction of users’ attention. “People have a lot of choices for how they want to spend their time, and apps like TikTok are growing very quickly,” he said then.

Forrester research director Mike Proulx warned that keeping up with the rapid growth of TikTok would be a tall order. “Although short-form video now represents 20 per cent of the time spent on Instagram, it’s 100 per cent of the time on TikTok — an app that’s already monetised and continues to grow across generational segments,” he said.

Macroeconomic uncertainty, such as high inflation and the war in Ukraine, have prompted other advertisers to trim their budgets. On Tuesday, YouTube owner Alphabet said its ads business had been slowed by the conflict, falling short of analysts’ expectations.

How the great generational wealth transfer will shape our political future

Can Liz Truss govern her own party?