Metaverse has now traversed the mainstream. On May 9, Meta Platforms Inc. will be opening its first-ever physical metaverse-themed retail store in the San Francisco Bay Area.

Samsung has opened up their first physical Meta store – and Meta is following through. 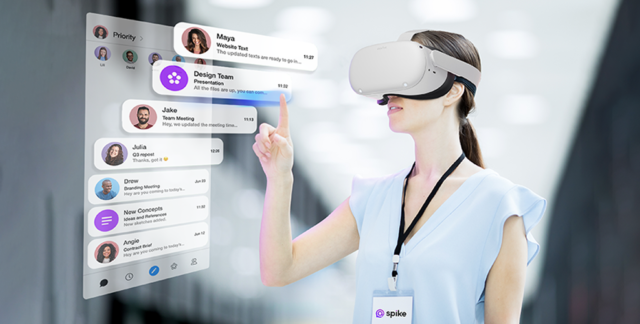 The social media giant’s news high-tech store in Burlingame, California will have hardware devices for sale to be used for the virtual reality space.

More so, users will definitely have a blast with its giant wall-to-wall LED screen that will display a superior and enthralling Virtual Reality experience using the company’s VR headsets.

At the Meta store, shoppers can have the leisure of trying out VR gadgets and headsets before they buy.

The store will have demos on smart glasses (in collaboration with Ray-Ban), Quest 2 VR headsets, and Portal, a video calling device.

Except for the smart glasses, the abovementioned devices will be up for sale at the physical store.

The company is in a quest to mesh reality and the virtual world, where people get to do their normal routine in reality but in a virtual space. Here, they would interact with other users, work, and also play.

Facebook CEO Mark Zuckerberg said in early April that they would be testing the buy and sell of digital assets plus other VR experiences right inside Horizon Worlds, a VR platform owned by Meta.

Shoppers are excited about the launch of the next version of the Quest 2 VR headset which is set to roll out in the market in Q2 this year.

Director Martin Gillar said that the retail store is designed to be a portal to the virtual world. Experiencing the metaverse at the cutting-edge physical shop will definitely allow shoppers to connect with it on an intergalactic level.

It was in October 2021 that Facebook announced its rebrand to its new name which reveals how they are expanding their vision to converge the virtual social experiences with the real or physical world.

This is a huge breakthrough for Facebook with launching their first-ever retail or physical store ever since the company was established in 2004.

admin - February 1, 2023
0
Join Our Telegram channel to stay up to date on breaking news coverage DYDX price exploded on the last day of January rallying as...

Binance To Extend Operations In Middle East, Gets Crypto License In...