The latest The Times article qualifies Puerto Rico as “home to one of the world’s first cryptocurrency communities.” Are they exaggerating or are they on to something? Apparently, favorable tax laws have brought “10,000 well-heeled US migrants” to the island. From those, “an estimated 3,000 of the arrivals are newly minted cryptocurrency millionaires” and “an estimated 4,000 companies and wealthy individuals have relocated to Puerto Rico.”

Those numbers certainly are an exaggeration, but the article is well-written overall. The author, however, is a cryptocurrency newcomer and uses cliché-riddled phrases like “a new currency invented in a flash” and “instant millionaires.” He also qualifies the industry as “one of the most energy-intensive activities in the world,” even though he’s mostly talking about Proof-Of-Stake networks.

In any case, let’s start at the beginning:

“In 2012, though, the government of Puerto Rico, which is an unincorporated territory of the United States, passed a series of acts offering tax incentives to any American investors who want to relocate.”

That resolution caused two phenomena. One, “heavyweight crypto players such as the hedge fund Pantera and the risk management firm Darma Capital have relocated to Puerto Rico.” And two, “some locals are up in arms because they do not enjoy the same tax breaks, and the influx of wealthy outsiders is driving up property prices beyond the reach of existing residents.”

Before jumping to conclusions, remember that in 2017 a storm of epic proportions hit Puerto Rico. “Hurricane Maria was the worst storm in almost a century, bringing winds of 155mph and causing an estimated $90 billion in damage. The entire island lost access to power and regular outages are still common today.” The favorable tax laws are a way of bringing money to the island. And it seems like it’s working.

The author is torn. On the one hand, he seems to admire crypto’s attitude towards life. On the other, he still believes it’s all magical internet money and that to make it in crypto requires no effort at all.

“In the real world “Pessimism is rife and we seem to be fighting over ever smaller slices of the pie. But what if you could simply grow the pie? What if you could just use technology to create new wealth in an instant?”

On the one hand, the author sees the good, “In recent months Puerto Rico has hosted cryptocurrency conferences and set up beginners’ courses for locals to learn the basics of digital currencies.” On the other, he describes the opposers’ side with cut-throat prose, “The migrants are rootless digital plutocrats — greedy neocolonial tax exiles enacting a fantasy by feasting on Puerto Rico’s desperation.”

Among the interviewees is “Evan Arteaga, 38, who has lived in Puerto Rico for four years.” He’s extremely enthusiastic about the crypto industry, “This is the inevitable evolution of the capital marketplace. I do think this is the future, we just need to keep going.” And he also appreciates everything Puerto Rico is giving him.

“Tax is the incentive for being here, let’s be honest,” Arteaga says. “You’re saving 40 per cent capital gains tax. But it’s also a beautiful place. We have the beach. We have the mountains. This is my dream.”

Another ex-pat featured in the article, “Cassatt, 31, is the founder of Serotonin, one the first marketing firms dedicated to working with crypto companies.” Her quote is bizarre:

“Decentralise everything. Currency is just the beginning. Decentralise the energy markets. This is the embryo stage of a new economy.”

What does “decentralise the energy markets” mean? The article’s author tries to explain it later on, “energy, for example, could be traded between individuals on the blockchain instead of going via the central grid. Goodbye energy giants.” WHAT? That’s certainly not happening. And everything doesn’t have to be decentralized or requires a blockchain. The energy giants have nothing to worry about.

For an opposing point of view, the article brings a “local writer and teacher.” Ana Teresa Toro says:

“They are here dreaming of a utopia because they have so much money in their pocket, when people here can’t even dream about next week. It’s like a playground for them, the stakes are so low. It’s like they are having a rehearsal for a play in our living room.”

And later on, “the disparity is just brutal. I still have power cuts once a week.” She could be speaking about the world in general. It’s not ideal, and it’s not pretty, but that’s the world we live in. 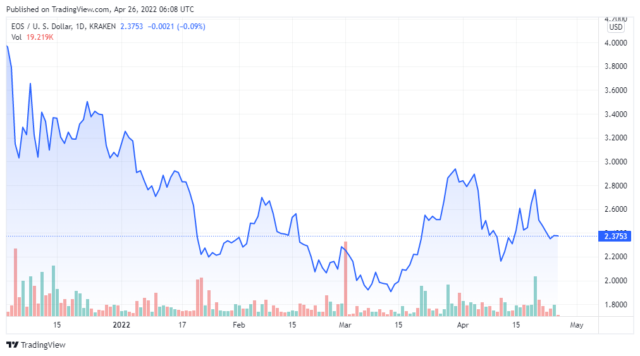 The controversial Brock Pierce took a break from impersonating a bitcoin leader to take a role as the insufferable leader of the movement. “The stars are aligned for a prosperous, brighter future for Puerto Rico. Most countries and cities have to invest massively to get the intellectual capital that exists in Puerto Rico. It is the intellectual capital of the financial future,” the article quotes him saying.

It seems like Pierce didn’t make a good impression on the author, though:

“Some find him increasingly insufferable, resent his role as the self-appointed “face” of their movement and question how much of the $1 billion he pledged to donate to the island and associated causes has materialised. “I am a positive member of society, but I don’t go shouting it around,” says Andrew Keys, a crypto whale who migrated to the island several years ago. “Brock Pierce said he was going to donate a billion dollars to Puerto Rico. We’ve hardly seen any of that.”

Pierce response? “I’ve invested more than anyone I know. I’m not aware of anyone on Earth who has made that kind of commitment. But you realize how hard it is to give money away.”

This 24-year-old “was working in a job collecting business cards at bars for an IT firm” when he bumped into cryptocurrencies.

“Now he’s a “millionaire” and recently returned from a crypto conference in Dubai. “It’s honestly like a dream,” Domenech says. “Crypto changed my life completely. We’re empowered, man. Locals are getting involved too.”

And that’s the Puerto Rico story in a nutshell.