Jay Rushin used to look at global wheat prices once a quarter or so. Now he checks them every other day.

The chief executive of H&H Bagels, a New York staple for 50 years, had hoped to reopen its Upper West Side store last summer, but a global semiconductor shortage meant that the toasters he ordered last May were not shipped until February.

By the time the shop opened last week, redesigned as the flagship of a brand that Rushin hopes to franchise, the spot price of wheat — a crucial ingredient in bagels — had soared 35 per cent above last year’s levels in response to Russia’s invasion of Ukraine.

With a tight labour market also driving wages higher, Rushin has raised prices by an average of 5 per cent and looked for ways to cut costs, dropping less popular items such as baked salmon from the menu and using software to schedule employees’ hours more efficiently.

The challenges facing H&H are plaguing companies large and small across the US, as disruptions wrought by Russia’s war in Ukraine magnify the inflationary pressures brought on by Covid-19.

The rise of US inflation to 40-year highs is showing up in increased prices for customers, reduced earnings outlooks for some companies and anxiety among policymakers about the effect on low-income consumers.

Conagra Brands, the maker of Slim Jim meat snacks, warned this week that the rising cost of ingredients from chicken to butterfat had left it facing an “unprecedented” 26 per cent jump in prices over two years.

Across corporate America, there were three times as many mentions of “inflation” in company presentations in March as there had been a year earlier, according to Sentieo, the data provider.

Some companies are citing price pressures as reasons to lower their profit expectations. FactSet reported last week that more S&P 500 companies had issued negative earnings guidance than in any quarter since before the pandemic.

WD-40, the lubricant oil manufacturer, for example, said it was raising prices but would have to trim its full-year net income guidance by about 2 per cent due to “the challenging inflationary environment”.

Levi Strauss, meanwhile, beat Wall Street’s expectations for its fiscal first quarter but held to its full-year outlook in anticipation of more inflationary pressures in the coming months.

Chip Bergh, chief executive, told the Financial Times that he had learnt from running businesses in the 1980s, the last time US inflation was this high, to raise prices in anticipation of increasing costs. “You’ve got to get in front of it because if you don’t, you just can’t catch up,” he warned.

Companies have so far been able to pass on most of their higher costs without affecting sales. As the war between two of the world’s largest grain exporters sent cereal prices soaring last month, Earnest Research found that General Mills, PepsiCo and Kellogg, the makers of Cheerios, Quaker Oats and Special K, all implemented double-digit price increases.

Even as the Federal Reserve tries to tame inflation by raising interest rates, some policymakers are voicing concerns about its disproportionate effect on poorer consumers.

Lael Brainard, a Fed governor tapped by President Joe Biden’s administration to serve as vice-chair of the central bank, on Tuesday noted that low-income households spend 77 per cent of their income on necessities, more than double what higher-income households spend, and many are less able to save by buying in bulk.

She illustrated the challenge by citing the example of an increase in the prices of both a brand-name cereal and a cheaper store brand that maintained the differential between them.

“A household that had been purchasing brand-name cereal could save money by purchasing store-brand cereal instead,” she observed. “However, a household that was already purchasing the store brand would have to either absorb the increase in cost or consume less within that category.” 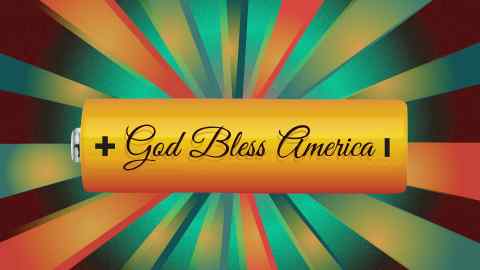 One consumer industries chief executive who is grappling with higher prices for resin and pulp echoed that concern, telling the FT: “From here, the economics get harder and harder for the middle and lower economic set.”

A BCG poll found that just 40 per cent of investors now expect inflation to return to more normal levels by the end of 2022, down from 60 per cent in January, and several executives said fast-rising labour and logistics costs were exacerbating the inflation in commodity prices.

Truck drivers had seen a $1.50-per-gallon increase in the price of diesel in a matter of weeks, noted Mac Pinkerton, president of North American surface transportation for CH Robinson, a truck freight group.

If sustained, that would equate to $50bn to $60bn of additional supply chain costs for the industry, he estimated, with most passed on to customers.

Logistics costs have also been inflated by companies offering higher wages to attract enough drivers to meet demand. Walmart, which two years ago said that its truck drivers earned an average of $87,500 a year, last week raised the starting pay week so they could earn up to $110,000 in their first year.

Others are trimming their product offerings in ways resembling H&H Bagels’ menu rethink.

Mike Alkire, chief executive of Premier, a group-purchasing organisation for hospitals, said suppliers had been pushing for price increases on more than 170 products, while the hourly rate for a travelling nurse had risen threefold.

Faced with such pressures, Premier was having to buy in bulk and narrow the range it offered, he said. “People used to [ask for] a specific colour of bedpan. All that is out the window.”

Travel adventures to the edge of the world

BHP winding down thermal coal mine after failing to find a...