The defining feature of the UK energy strategy is its incoherence. It doesn’t know what problem is it is trying to solve — and thus it doesn’t solve any. By failing to boost energy efficiency and kicking the only possible short-term supply option — that of cheap onshore wind — into the long grass, it most certainly won’t help those struggling with energy bills in the coming winters.

Offshore wind is the great success story of the past decade and capacity has grown sharply in recent years. The strategy increases the offshore target for 2030 from 40GW to 50GW. That’s very ambitious but possible. But offshore wind involves big and complex kit from only a few suppliers, it usually takes three to five years from bid to completion, and the pace of expansion could stress supply chains and drive up costs. If it were all concentrated in the North Sea, there would be immense challenges for the grid — both in transmission and in managing the peaks and troughs. Wind is best when distributed more widely.

The most cowardly failure concerns onshore wind. It is not only our cheapest energy resource — it typically costs about a third to a quarter of what people will soon be paying for their electricity — but it is, with solar, the only one that could make a dent in the short term.

Any energy company or local authority can buy a wind turbine off the shelf. It would take a few weeks or months to install. But getting planning consent would take years — because the planning regulations were redesigned in 2015 to stop it. To “consult” a “limited number of supportive communities” on the cheapest and quickest option is hardly a Churchillian response to Britain’s national energy crisis.

The strategy outlines a plan for nuclear to 2050, kicked off with one new plant to be financed before the next general election. If it takes an energy crisis to actually make a decision, so be it, but it won’t help solve the crisis. Nuclear is not only slow and expensive, it would need to be flexible to ramp up and down with the swings of demand, wind and solar. This further undermines the economics. Launching a 30-year plan for nuclear also raises the question — why can’t the government set out even a coherent 30-month plan for energy efficiency?

Elsewhere, the strategy confirms plans to issue licences this year for gas production from existing discoveries in the North Sea. But there is a reason why UK output has been declining — a lot of Britain’s reserves have been depleted, and it will become harder and more costly to extract more. In the aftermath of the IPCC reports on climate change, it is also, rightly, a tough sell to tell the world that we need to move away from fossil fuels while we, in richer countries, aim to squeeze out every last drop.

The government has reassured us all that it will not consider rationing gas supplies, unlike some other European countries that have set in motion contingency plans. But consumers, and the Treasury, should be worried. In the Russia-EU stand-off, if either side really cuts off the gas, all hell will break loose in international markets and the UK would have to outbid both the EU and Asia for supplies. That won’t be pretty. 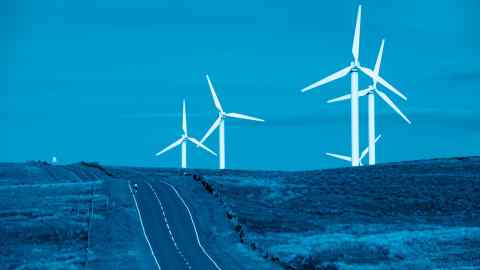 The ultimate irony of a strategy born of crisis is that by the time most of its proposals see fruition, if they do, the crisis will be long past. Global energy markets will have completed their gyrations and returned to normal, and Vladimir Putin may no longer even be in power.

But a lot of consumers and companies will have suffered horribly. We also risk undermining much that the UK has achieved on climate change. By failing to focus on a joined-up strategy that solves these twin crises together, the government fails to offer the energy sector the consistent signals that investors need and may even worsen the short-term bills.

I AM ADIDAS: Kanye responds to Adidas’ putting him in review

Russian official admits sanctions are crippling the economy as the country...