Throughout her 31 years in policing, Sue Fish repeatedly encountered misogyny. While she was an inspector, she said, a senior colleague indecently assaulted her. As an assistant chief constable, she received “unwelcome advances” from a “very, very senior person” from another force.

Her experience highlights what many people with knowledge of the situation say is a pervasive problem with the culture in parts of British policing.

Scandals involving London’s Metropolitan Police over the past year have dominated coverage of the UK’s problems with officer conduct. The most severe of those was the murder in March last year of Sarah Everard, a 33-year-old woman, by Wayne Couzens, a serving Met officer.

Yet Fish spent the bulk of her career outside London. “This isn’t a London-centric problem,” said Fish, who since retiring has studied the experiences of women in law enforcement. “This is a British policing problem.”

In the past six months, the Independent Office for Police Conduct, the body responsible for overseeing complaints against the police, concluded cases against 14 officers serving in England and Wales outside London, compared with four from the Met.

One typical IOPC case involved a constable at Leicestershire Police who was found in November to have abused his position to form sexual relationships with two women he had met through his duties. He had “inappropriate contact” with a third.

Michael Lockwood, IOPC director-general, said recent revelations about police culture had had “a poisonous impact on confidence in policing. It’s apparent they’re not one-off incidents and it’s not ‘one bad apple’,” Lockwood said.

However, poor documentation of incidents has made it hard to identify “hotspots” that face particularly severe challenges. The 14 concluded IOPC cases outside the Met in the past six months involved 14 different forces.

Louise Westmarland, an Open University academic who has spent 20 years studying issues of police conduct, said differing attitudes towards officer misconduct among different forces had prevented her from quantifying where problems were most acute.

“It’s all about police culture,” she said. “Culture is something you can’t touch, you can’t define, you can’t prove. It’s so slippery.”

Fish spent most of her career in Nottinghamshire Police in England’s East Midlands. While there, she made an effort to “lift the stone” on the concealed issue of officer misconduct but the effort had stirred up significant resentment.

“When we lifted the stone, we got, ‘Why are you doing that, sending people to prison for having sex with vulnerable victims of crime?’” Fish said. “[We replied], ‘Because that’s wrong’.

“Sacking people for sending gratuitously obscene material to junior members of their shift? That seemed not unreasonable to me,” she noted.

Westmarland’s research has examined the complex factors that prompt officers to come forward, or stay quiet. Officers in smaller forces were more likely to report misconduct by fellow officers because their teams felt more like a family, she found.

There had also been a “massive change” in recent years around attitudes to driving under the influence of alcohol, which she said officers are far more ready to report to superiors than other types of misconduct. Officers were also willing to speak up about abusive smartphone messages.

But officers were far less willing to log sexual misconduct. “If someone is talking fairly inappropriately in the office about how they’re going back round to the victim of a domestic violence incident, that’s not really a problem [to fellow officers],” noted Westmarland.

She added that in some cases officers had formed intimate relationships via their work.

Lockwood said he was particularly concerned about a form of misconduct called “abuse of position for a sexual purpose” (APSP). The offence covers any conduct by a police officer or member of police staff that exploits their role to “pursue a sexual or improper emotional relationship with any member of the public”.

Of the 14 non-London IOPC cases in the past six months, four involved excessive use of force, while another eight involved either APSP or inappropriate, sexualised contact with a crime victim or witness.

“In essence, it’s serious corruption,” Lockwood said. “You can imagine that police using that power has a massive impact on the lives of people — many of them are vulnerable.”

Lockwood declined to point his finger at individual forces. “I’m not going to say one force is better than another,” he said. But some forces do have longer-standing records of poor performance, he added.

Cleveland Constabulary received a series of poor ratings in a scathing report during the last round of full Police Effectiveness, Efficiency and Legitimacy inspections by HM Inspectorate of Constabulary, Fire and Rescue Services in 2019. An inspection report in March on Greater Manchester Police handed the force the two lowest ratings — inadequate and requires improvement — on eight out of nine performance measures.

Cleveland Police said it had embarked on a “plan of change over the longer term”.

“Improvements are being seen in many key areas and we are committed to building upon these improvements going forward,” it said.

Following the March report, Greater Manchester Police said its findings were already out of date because of progress made following a visit by inspectors last September.

The Metropolitan Police said it recognised there was a need for “real change” in the force.

“We are committed to creating an environment that is even more intolerant to those who do not uphold the high values and standards expected of us,” it said. 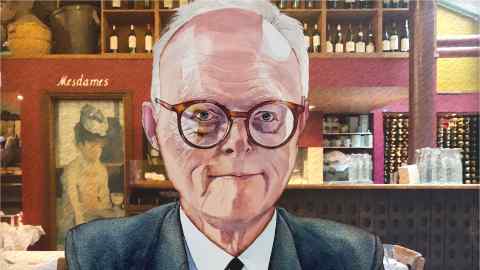 Despite the progress, Lockwood stressed the need for widespread, systematic change. He called for clearer, more decisive leadership that would support officers to speak up if they saw unacceptable conduct.

Fish, meanwhile, recalled what happened when she asked female officers to approach her with stories of mistreatment by fellow police.

Reports came in from every corner, she said. “I could say that the officers who have contacted me are from forces A, B, C and D . . . but the others have just as big an issue, or they haven’t lifted some of the stones.”

Lavrov, at the UN, pledges ‘full protection’ for any territory annexed by Russia By Reuters

Lavrov, at the UN, pledges ‘full protection’ for any territory annexed by Russia By...

admin - September 24, 2022
0
A Michigan man was killed in what police are labeling a domestic incident that involved an attempted suicide. Although police reports about the incident...

Climate graphic of the week: Historic blaze in New Mexico as...

Exploitation of migrants is rising as care homes struggle to fill...