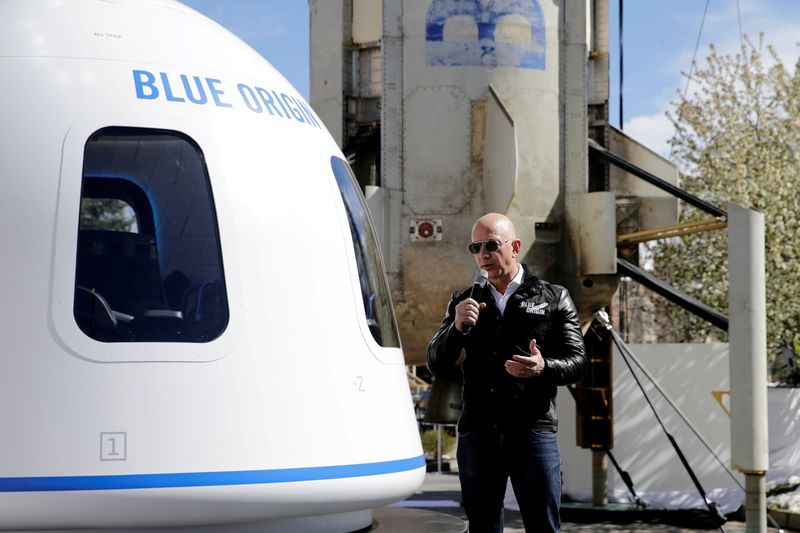 But unlike Blue Origin’s first three commercial flights, with passenger rosters including “Star Trek” actor William Shatner, morning TV host Michael Strahan and even Bezos himself, nobody among the latest group of customers even comes close to being famous.

The most recent household name confirmed as a non-paying promotional guest, “Saturday Night Live” comic Pete Davidson, dropped out earlier this month when the planned launch was postponed for six days from its original March 23 date to allow time for additional pre-flight tests.

Kitchen’s journey to the final frontier caps a lifelong dedication to travel that has taken him to all 193 U.N.-recognized countries, according to biographical material from Blue Origin.

Tuesday’s entire flight, from liftoff to touchdown, is expected to last just over 10 minutes. The crew will experience a few minutes of weightlessness at the very apex of their suborbital ride, some 350,000 feet (106,680 metres) high, before their capsule falls back to Earth for a parachute landing on the desert floor.

Bezos, the billionaire founder of online retail giant Amazon (NASDAQ:), tagged along himself on Blue Origin’s inaugural crewed flight to the edge of space last July.

Later passengers included Shatner, who became the oldest person to fly to space at age 90, “Good Morning America” co-host and retired NFL star Strahan, and the eldest daughter of pioneering astronaut Alan Shepard, for whom Blue Origin’s spacecraft is named.

admin - February 8, 2023
0
BitMEX founder Arthur Hayes tweeted on Wednesday that he is the largest holder of LOOKS tokens, as he currently holds about 17 million...

The British never forgot imperial measures in the first place

Indonesia defence minister says honoured to be good friends with both...