US companies are rushing to repurchase large volumes of shares to take advantage of recent stock market volatility and reassure investors as growth slows.

A record $319bn of new share buybacks have been authorised so far this year, according to Goldman Sachs data, with rising numbers of companies using “accelerated” deals to buy large volumes as quickly as possible while their share prices are depressed. There were $267bn in share buybacks at the same point in 2021.

Even recently listed companies, that traditionally spend cash to fuel growth rather than return excess to shareholders, have joined the trend after sharp drops in their stock prices make repurchases more attractive.

“The breadth of different industry groups buying stock is the highest we’ve seen in a few years, and volumes have increased,” said Michael Voris, Goldman Sachs’ head of structured equity. “That’s much more due to the market backdrop as opposed to anything else.”

Management teams use share buybacks to prop up demand for their stock and increase their profitability on an earnings per share basis by reducing the number of shares in circulation.

The average stock in the broad-based Russell 3000 index has lost more than 30 per cent of its value so far this year, allowing companies that believe their stock is undervalued to purchase more for the same price. Earnings growth is also forecast to slow as groups battle rising inflation and supply chain issues, increasing the appeal of buybacks as a way to flatter earnings.

“The buyback business ironically tends to pick up in periods of volatility because there’s a downdraft and so people who are flush with cash look at their opportunities,” said Craig McCracken, co-head of equity capital markets at Wells Fargo. “It’s a sign of the underlying strength, that companies expect things will continue to be fairly positive so they’re using their cash to buy back shares instead of keeping it on the balance sheet.”

In addition to the increase in authorisations — which can take several years to carry out — companies have publicly announced more than $33bn of so-called accelerated share repurchases, according to analysis of company filings compiled by Sentieo. ASRs allow them to buy back large volumes in a matter of months.

“Accelerated repurchases send a strong signal to shareholders because the cash is committed to buy back the stock upfront,” said Goldman’s Voris. 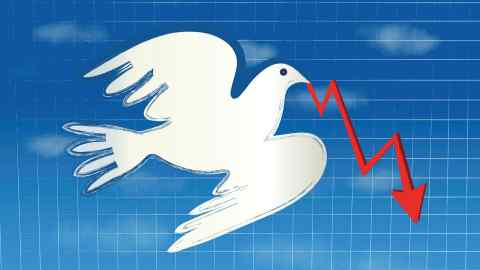 The total is already almost four times higher than the amount reported in the first quarter of 2021, and is likely to grow further as companies begin reporting their first-quarter results next month.

ZipRecruiter, which went public less than a year ago through a direct listing, said “investing in undervalued equity is an attractive option” as it announced a $50mn ASR last week. The company’s stock has fallen more than a quarter from its peak late last year.

The surge in buybacks has provided a rare bright spot for investment banks’ equity capital markets businesses, which have suffered a sharp drop in fees due to a slowdown in IPOs and other capital raising activities.

If you’re drowning in credit card debt, balance transfers can help you take back control

If you’re drowning in credit card debt, balance transfers can help you take back...

admin - September 28, 2022
0
A balance transfer can allow you to pay off your debt while taking advantage of an introductory 0% APR period. Read More Source link...