The property arm of Singapore’s Temasek has fended off a revolt over its plan to form a S$10.5bn (US$7.7bn) real estate fund, offering an extra $S2.2bn in cash to appease shareholders in a rare concession by the state investor.

The proposed merger between Mapletree Commercial Trust and Mapletree North Asia Commercial Trust, both run by Temasek’s property arm Mapletree Investments, was first announced in December. The deal was expected to create the seventh largest real estate trust in Asia.

But activist fund Quarz Capital publicly criticised MNACT’s management in February, claiming the deal “significantly” undervalued the trust’s property portfolio. It questioned whether MNACT’s managers would have recommended the same bid had it come from a company it was not directly related to.

Following the shareholder pressure, Mapletree Investments this week surprised investors with a new bid to merge the two listed trusts linked to Temasek, a S$381bn investor with holdings in many of Singapore’s top listed companies, which shareholders in the funds have indicated they will accept at a May vote.

Such criticism of high profile deals is rare in Singapore, where investors and corporations can be closely linked with the ruling government, said experts. But the city-state’s stock exchange has recently come under increasing pressure to address a string of governance scandals that threaten to undermine its bid to displace Hong Kong as the region’s top financial hub.

The managers of the two trusts on Monday introduced an option to receive S$1.19 per share wholly in cash, instead of shares in the merged trust. Mapletree Investments committed an extra S$2.2bn to fund the cash offer and waived its entitlement to acquisition fees.

The managers of the two trusts said they had adhered to corporate governance protocols, with “rigorous negotiations” supported by independent valuations. A spokesperson for Temasek declined to comment, adding the investor does not direct the operations of companies in its portfolio.

While the valuation of MNACT remained unchanged, the offer allayed fears that investors’ holdings would have been diluted if they remained invested.

Jan Moermann, managing director of Quarz Capital, said the revised bid, which will be voted on in May, was “a pretty good offer”.

“It is a difficult subject because government entities [are involved],” he added. “For them to come out and increase the cash option. That is pretty strong.” 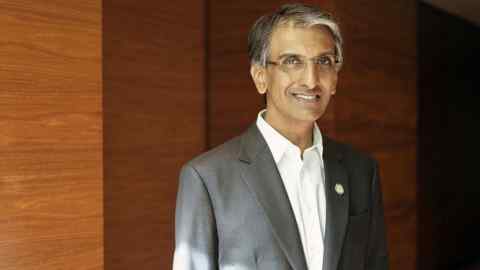 Another MNACT shareholder also said the new offer had addressed their concerns about dilution. But they added the process had highlighted an “apparent failure by significant Singaporean companies, in general, to consider minority shareholders”.

The initial protests surrounding the deal follow recent criticism of another buyout of a Singapore-listed company. Last year shareholders raised concerns after the property assets of Singapore Press Holdings became the target of two takeover bids from Temasek-linked entities, which were separated in value by S$0.001.

Following an extended bidding war, shareholders this week approved a takeover of Singapore Press Holdings by a consortium that included Mapletree and CLA, another Temasek-owned investor.

Bertelsmann puts M6 up for sale after failed merger attempt