Credit Suisse shareholders have put pressure on the bank not to include a vote at its annual general meeting that would absolve directors and executives for the Greensill scandal, according to people with knowledge of the discussions.

Investors in the Swiss group have raised concerns with new chair Axel Lehmann over the board’s decision not to release a report into the bank’s failings around the collapse of specialist finance firm Greensill last year, which caused Credit Suisse to freeze $10bn of client funds.

“How can we let them off the hook when we don’t know the full details of what happened?” said one shareholder.

The bank is due to publish its agenda for the April 29 AGM in the coming days, after announcing this week that three directors — including vice chair Severin Schwan — would be stepping down.

Under Swiss law, corporate directors and executives are liable to shareholders for misleading or incorrect statements, as well as for causing damage to the company, either intentionally or through negligence. Each year, shareholders are typically asked to vote to discharge them from their legal liability for the previous financial year.

But last year Credit Suisse did not include a discharge vote at its AGM as it was in the immediate aftermath of the collapse of Greensill and Archegos Capital, the family office whose implosion caused Credit Suisse a $5.5bn trading loss, the biggest in its 166-year history.

At the AGM last year, the board said it was “of the opinion that it is in the best interest of the shareholders if this proposal is not considered prior to completion of the internal investigations into the recent developments and announcement of the corresponding outcome, and that a proposal to discharge the members of the board of directors and the executive board for the 2020 financial year may be submitted at a later date”.

The Greensill report has been shared with Swiss regulator Finma, but the board decided not to publish the full report or even provide details of its findings as it is wary of releasing too much information that could harm it in potential lawsuits or insurance claims as it seeks to reclaim lost funds.

In meetings with Lehmann in recent weeks, shareholders have pushed for the discharge vote to be removed from the agenda again as they do not feel they have enough information about who was responsible within Credit Suisse for the Greensill losses, said people with knowledge of the discussions.

A person close to the company said that discharge votes were largely symbolic and they did not prevent shareholders from pursuing executives and directors if information later came to light. 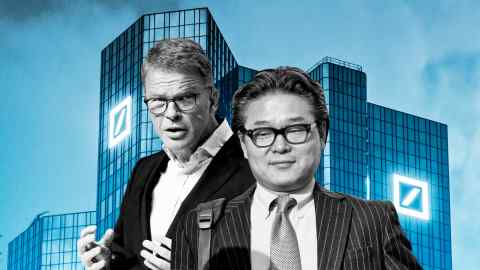 Among those whose liability is yet to be discharged for the 2020 and 2021 financial years are members of the current board and management team, as well as former chairs Urs Rohner and António Horta-Osório, both of whom left during the past year.

Credit Suisse has so far paid back $6.7bn of the $10bn originally frozen in the Greensill-backed supply-chain finance funds, while the bank holds a further $600mn in cash that it plans to return to the more than 1,000 investors in the funds.

The bank is in the process of trying to recoup the remaining funds, most of which are owed by three groups: Sanjeev Gupta’s GFG Alliance, SoftBank-backed Katerra and Bluestone Resources, the US mining business owned by West Virginia governor Jim Justice.

Credit Suisse has also filed 11 insurance claims in its bid to recoup losses. The bank declined to comment.

Womad marks 40 years with music from west Africa to South...