A senior US official has warned that a deal to save the nuclear accord with Iran is neither imminent nor inevitable as diplomatic efforts stall over Tehran’s demand that Washington removes a terrorist designation on the elite Revolutionary Guards.

Rob Malley, the US special envoy for Iran, said that a deal was “not just around the corner and is not inevitable”.

The Biden administration has been holding indirect talks, mediated by the EU, with Iran for 12 months in the hope of securing an agreement that would lead to Iran drastically reducing its nuclear activity. In return, the US would rejoin the accord and lift many sanctions on the Islamic republic.

Western and Iranian officials have for weeks been saying they are close to a deal. But Tehran insists the US meet its final demands, including delisting the Revolutionary Guards, the state’s most powerful military force, and providing guarantees that no future US administration is able to unilaterally abandon the deal.

“I can’t be confident it is imminent,” Malley told a conference in Doha. “A few months ago we thought we were pretty close as well. At any negotiation when there’s issues that remain open for so long, it tells you something about how hard it is to bridge the gap.”

The crisis with Iran was triggered by former US President Donald Trump’s decision to abandon the accord in 2018 and impose sanctions on the republic, including the designation on the guards. He also imposed sanctions on dozens of Iranian officials, including President Ebrahim Raisi, before he took power, and the office of Ayatollah Ali Khamenei, the supreme leader.

The guards train and arm proxies across the Middle East and are accused by western powers and their allies of stoking conflict and instability across the region. The force was under US sanctions before Trump designated it a terrorist organisation.

If the Biden administration delisted the guards it would risk triggering a political backlash in the US and infuriating Washington’s partners in the Middle East, including Israel, Saudi Arabia and the United Arab Emirates.

Malley said the administration had not decided to remove the designation. He reiterated that any agreement to revive the 2015 accord was related to the nuclear programme and not Iran’s regional activity or other issues.

“So regardless of what happens to the IRGC [guards] . . . our view of the IRGC, the sanctions, and many other sanctions on the IRGC will remain,” he said. “This is not a deal that seeks to resolve that issue.”

“What matters to us with regards to the guards, is that its position, its role and its legal dignity as the most important body responsible for our nation’s security and defence, should be taken into consideration,” he said.

Amirabdollahian added that the guards’ senior commanders had told Iranian diplomats that they were ready for “self-sacrifice” if the issue was the only stumbling block preventing an agreement. Those comments were interpreted as an attempt to address public pressure on the Islamic regime to seal a deal as Iranians struggle with economic grievances. 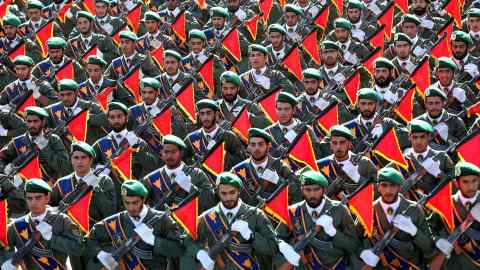 But Amirabdollahian said Tehran needed to consider all the state’s issues, saying: “We will never tell Americans that we can ignore the issue of the guards.”

Kamal Kharrazi, president of Iran’s Strategic Council on Foreign Relations, which advises Khamenei, told the Doha conference that other issues also had to be resolved, including Tehran’s demand for a guarantee from Washington that no US president could pull out of the agreement.

He said Tehran was ready for a deal, but “we aren’t going to do anything against our independence”.

Kharrazi added that about 500 Iranians and institutions were under sanctions imposed by the US “and all of these, or part of these, have direct economic impact on relations between Iran and western countries”.

“That’s the nature of our system,” he said. “We saw what happened . . . when President Trump was in office.”

Release date, rumors, price, and all we know so far

admin - January 31, 2023
0
Kaitlyn Cimino / Android AuthorityFollowing longstanding rumors, Apple released a “pro” smartwatch in 2022 in the form of the Apple Watch Ultra. The...

admin - January 31, 2023
0
Join Our Telegram channel to stay up to date on breaking news coverage   In recent years, thousands of cryptocurrencies have emerged and gained popularity...

admin - January 31, 2023
0
Valley fever, a fungal infection most notably found in the southwestern United States, is now likely to spread east, throughout the Great Plains...