Expectations are rising that the US Federal Reserve will make jumbo, half-point interest rate increases this year, as central bank officials signal that they may soon need to step up efforts to reduce the highest inflation in 40 years.

Wall Street economists moved en masse this week to revise their 2022 forecasts for monetary policy, projecting the Fed will double the pace at which it is raising rates at one or more of its forthcoming meetings. The central bank delivered its first increase since 2018 this month, lifting the federal funds rate by a quarter of a percentage point to a new target range of 0.25 per cent to 0.50 per cent.

The economists took their cue from some of the most senior policymakers on the Federal Open Market Committee, who this week were explicit about the central bank’s willingness to take aggressive action given price pressures.

“The signalling clearly has been very much on the hawkish side for some time, but that has gotten to a feverish pitch in recent days,” said Simona Mocuta, chief economist at State Street Global Advisors.

Jay Powell, Fed chair, kicked off a busy week for the bank’s officials on Monday when he embraced the Fed moving “expeditiously” to raise rates to a “neutral” level that ceases to further ignite demand. He also quipped that there was “nothing” preventing it from moving forward with a half-point increase in May.

John Williams, president of the New York Fed and a member of Powell’s inner circle, on Friday capped the week off by saying the Fed should proceed with such a move if warranted by the data. It marked a departure from his earlier stance that there was not a compelling argument for a “big step” at the March meeting. Several other branch presidents, including Charles Evans of Chicago, Mary Daly of San Francisco and Atlanta’s Raphael Bostic also expressed their openness to doing so.

Loretta Mester, president of the Cleveland Fed, joined more hawkish members such as James Bullard of St Louis and Christopher Waller, a Fed governor, in advocating for “front-loaded” interest rate increases to get to neutral settings or beyond in short order. She is targeting rates at 2.5 per cent by the end of 2022.

“They are trying to remove the ambiguity,” said Tom Porcelli, chief US economist at RBC Capital Markets, of the Fed’s communication. He said a half percentage point increase at the next meeting is a “done deal”, with at least one more likely after that.

Morgan Stanley, Goldman Sachs and Jefferies now expect the Fed to deliver back-to-back half-point increases from May, followed by quarter-point adjustments at each of the four remaining meetings after the June gathering. That will accompany a reduction in the $9tn balance sheet, a process that could begin in May.

Citigroup on Friday announced one of the most aggressive forecasts, projecting the Fed would deliver half-point increases at its next four meetings. It would then moderate to a more typical quarter-point tempo for the remaining two gatherings of the year, so that the top end of the target fed funds range reaches 3 per cent. In 2023, Citi expects it to rise to 3.75 per cent.

“Once you go 50 basis points, it increases the probability that you go 50 again,” said Andrew Hollenhorst, its chief US economist. “You don’t want to be seen as being less active if it doesn’t look better on the inflationary front.” 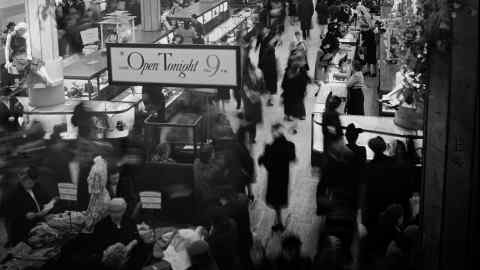 Shifting expectations have unsettled US governments bond markets, sending yields surging across all maturities. The benchmark 10-year note traded as high as 2.5 per cent, nearly a full percentage point above its January level. The two-year yield rocketed up to 2.23 per cent at one point, having started 2022 at about 0.8 per cent.

Mounting support for the Fed to “think bigger” — as Bullard, who dissented on March’s quarter-point move, urged his colleagues to do this week — reflects a recognition that inflationary pressures are becoming more prevalent and deeply embedded in the economy.

“If the Fed is too slow to hit the [neutral] milestone, it may put itself in a position where it needs to tighten that much faster later this year or earlier next year and cause a dramatic slowdown in economic activity,” said Blerina Uruci, chief US economist at T Rowe Price.

If you’re drowning in credit card debt, balance transfers can help you take back control

admin - September 28, 2022
0
Bosses had hoped that Sep. 5 would finally be the date when workers would return to the office. Yet after an initial uptick...