The gaming company behind the smash hit PUBG Series will launch an “assault” into the NFT battlegrounds.

The world’s leading video game publishers are experimenting with Web3 gaming, utilizing NFT assets and cryptocurrency-based ecosystems in the process.

A well-known gaming company with a tremendously successful brand is developing blockchain-based games — specifically, on Solana.

Krafton, the creator of PUBG: Battlegrounds (originally PlayerUnknown’s Battlegrounds), announced a collaboration with blockchain technology platform Solana Labs on Wednesday to support the development and promotion of blockchain-based games and services.

The South Korean game publisher Krafton, Inc. has been granted official rights to develop blockchain games on Solana networks as part of the agreement.

PUBG To Have Metaverse Vibe

These games are expected to have a metaverse-like aura, as they will incorporate interactive digital avatars as well as cryptocurrency-related prizes and services.

The agreement may result in the integration of Krafton’s games into the Solana blockchain, enabling players to conduct in-game transactions using cryptocurrencies such as Solana’s native token SOL, as well as the use of non-fungible tokens.

PUBG is a prominent battle royale shooter franchise available on a variety of platforms.  The series’ mobile Android and iOS editions have surpassed 1 billion downloads, while the PC and console entries have exceeded 75 million downloads combined.

In early this year, PUBG was claimed to have around 697,000 concurrent active users. Only Epic Games’ Fortnite is more popular in the battle royale genre. 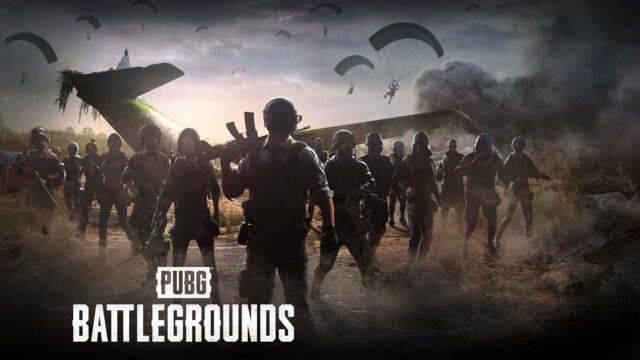 A MOU For Now

According to insiders, the two companies have reached an MOU (memorandum of understanding), which means Krafton can terminate the collaboration without facing legal consequences.

“Solana embodies the best characteristics of the Web 3.0 ecosystem and its technology. Krafton will gain the insight necessary to fast-track its investment in and production of blockchain-based experiences as a result of our collaboration.”

The free-to-play PUBG Mobile has expanded its global audience even further, with mobile analytics company Sensor Tower reporting last November that the game has generated more than $7 billion in revenue to far through in-game purchases.

“Krafton is an established innovator in the gaming sector, and we’re thrilled to be a part of their next level up.”

Solana was founded in 2020 as a competition of Ethereum. While Ethereum has a better developed blockchain system, Solana boasts a more efficient blockchain technology. Its native token, SOL, has a market capitalization of almost $30 billion at the time of writing.

admin - December 8, 2022
0
Join Our Telegram channel to stay up to date on breaking news coverage The Dash 2 Trade presale has rushed to clear the $9...

admin - December 8, 2022
0
Having $100,000 at your disposal can present a variety of investment opportunities. Depending on your financial needs and goals, the money can be...

BTC Price Prediction – Will It Break Above $16,700 This Weekend?