The cryptocurrency market is flat today after a couple of days of recovery. At $2 trillion, its total cap is down by 0.5% in the past 24 hours, although it’s up by 9% over the past seven days. Most major coins are in a similar position, although a few alts have enjoyed above-average gains. However, since the market still has a long way to go before regaining the heights of November, more rises are due sooner or later. In light of this, we’ve highlighted 5 next cryptocurrency to explode.

5 Next Cryptocurrency to Explode 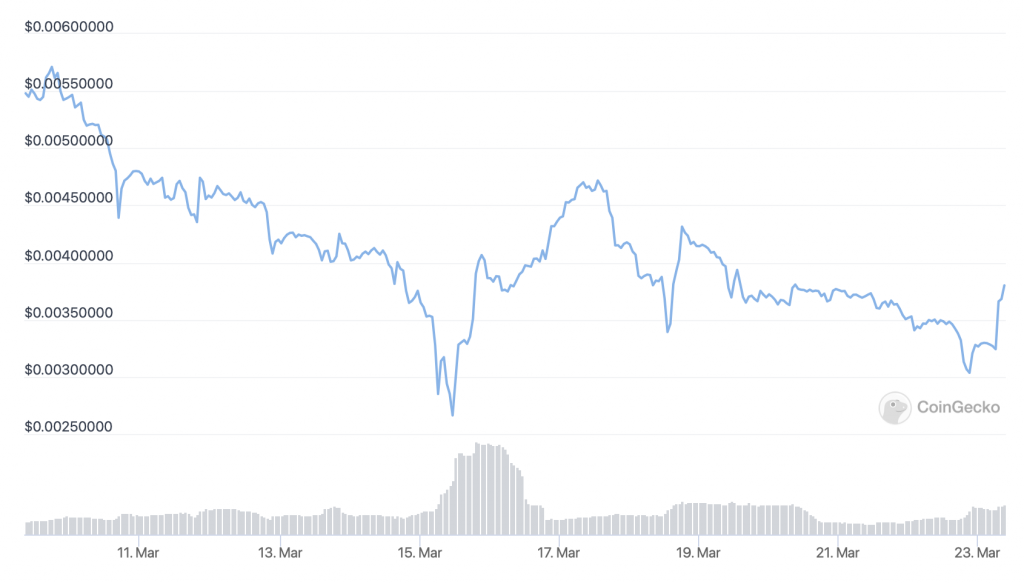 LBLOCK’s chart (covering the past two weeks) shows that it’s currently experiencing a breakout, after falling from its ATH. As of writing, it’s up by 2% in the past hour, so a rally may very much be underway right now.

There are various reasons why LBLOCK appears to be surging again after some losses. Firstly, it launched 10,000 of its own non-fungible tokens over the weekend. These NFTs — which had been delayed the previous week (causing price losses) — will grant holders entry to special NFT-based draws. The fund for each of these is around 2% of the main Lucky Block draw. Also, the first NFT draw also offers holders the opportunity to win a Lamborghini.

Join now and be ready – https://t.co/4MigxHlmDP

Don’t miss your chance to win a #lambo and to get a life-time entry to the NFT #lottery! 🚀 pic.twitter.com/5KKf4nHK7K

The Lucky Block platform is also set to hold its first ever main draw in April, with all holders of LBLOCK set to share 10% of the draw’s kitty. As part of the buildup to this, it’s in the process of rolling out its official app. Not only that, but it will be launching an Ethereum-based version of its token, thereby opening itself up to more investment and adoption. This is why we think it’s one of the 5 next cryptocurrency to explode. 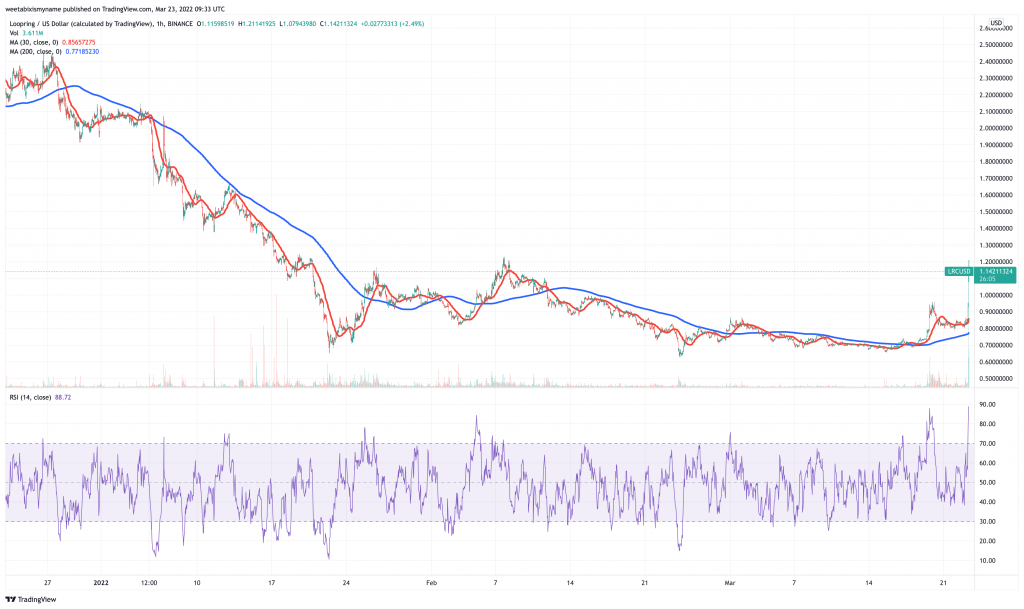 LRC’s indicator are (not literally) off the charts right now. Its relative strength index (in purple above) has reached 90, indicating some seriously overheating momentum. Its 30-day moving average (in red) has risen comfortably above its 200-day average (in blue). This signals a breakout.

What’s bullish about this news for Loopring is that GameStop, in launching an NFT marketplace, chose to bypass layer one completely. Instead of building directly on Ethereum, it has partnered with Loopring. This represents enormous validation for Loopring and layer two in general.

And with LRC remaining 69% down on its all-time high of $3.75 (set in November), we expect it to rise strongly in the coming weeks. 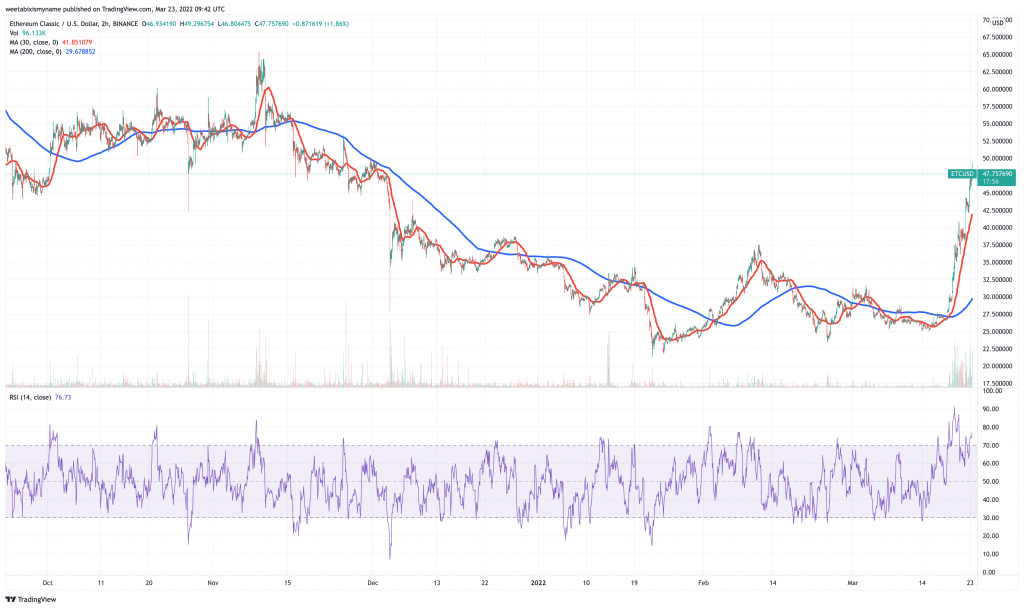 ETC’s indicators continue to be very strong. Its 30-day moving average is taking off, while its RSI is above 70. This all points towards very strong momentum.

As we noted recently, ETC is rallying largely because of Ethereum. With the latter moving closer to its transition to a proof-of-stake consensus mechanism, the general ‘consensus’ within the community is that miners are beginning their own transition to Ethereum Classic.

#EthereumClassic $etc is becoming extremely profitable to mine. The miners recognize this, and they are porting over to #etc in mass. #bitcoin

With ETC’s price now rising as a result, there’s a good chance users will follow miners towards Ethereum Classic. And this, in turn, means more price rises in the near future. This is why we’ve added ETC to our list of the 5 next cryptocurrency to explode. 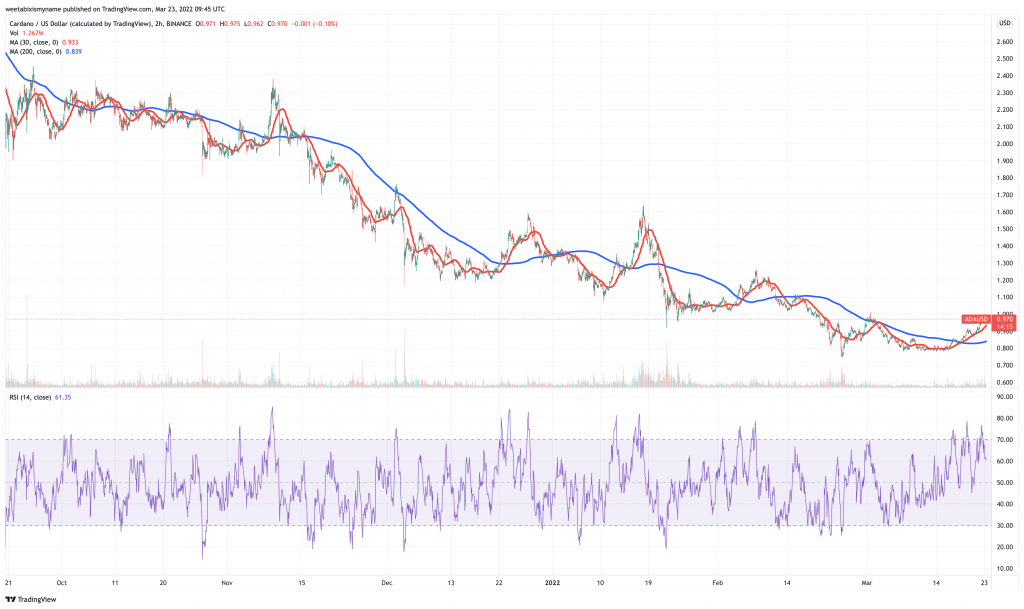 ADA’s indicators are highly encouraging right now. Since its RSI reached a nadir in early March, it has been ramping steadily upwards. The same goes for ADA’s 30-day average, which is rising nicely above its 200-day. This all suggest new longer term levels for ADA.

The altcoin is seeing above-average rises right now because Cardano has been developing rapidly over the past few months. The launch of smart contracts in September has been followed by Cardano’s ecosystem accumulating over 500 projects.

In parallel with this growth, Cardano is now posting a total value locked in, something that eluded it for a long time. From under $1 million at the start of January, this figure has now risen to $309 million. The launch of its DEX SundaeSwap, towards the end of January, is largely to thank for this growth.

And with Input Output Hong Kong continuing to develop Cardano, it’s set only to continue expanding in the coming months. 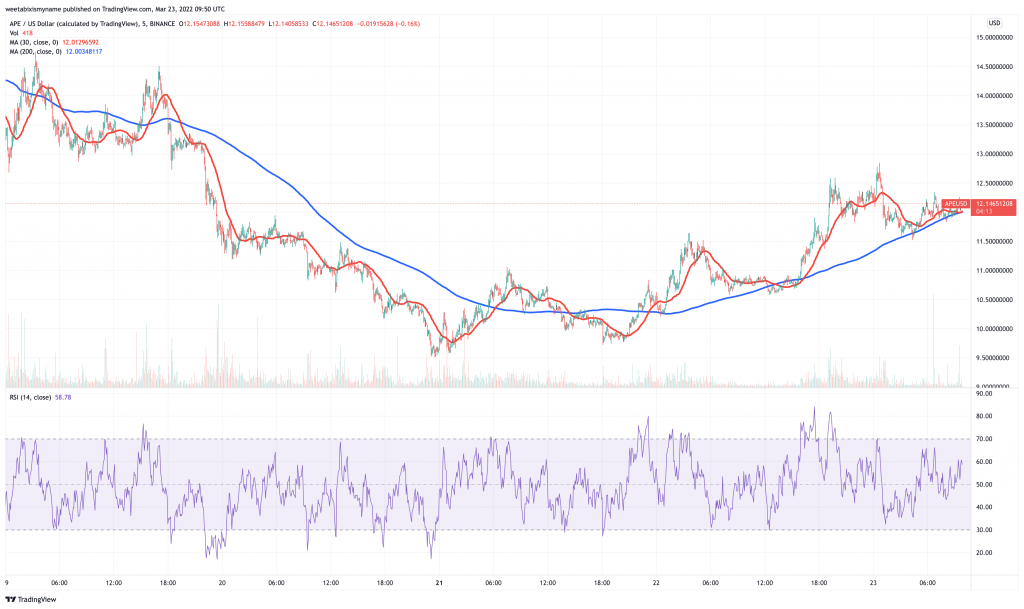 APE is on the ascendent again after falling from its ATH of $17.17. Its RSI is creeping back up to 70, revealing growing momentum.

One of the newest coins on the market, ApeCoin is the native token of of the Bored Ape Yacht Club NFT series. It’s a governance and utility token that grants holders to right to vote on how the Board Ape’s ApeCoinDAO uses its funds. Limited to only 1 billion tokens, it also grants users access to certain parts of the Bored Ape ecosystem.

Given how popular the Bored Ape Yacht Club has become, APE could take off in a big way. Indeed, the trading volume for Bored Ape NFTs has reached $23 billion over the past 12 months. This makes it the biggest NFT collection in crypto, not least because it counts various celebrities among its holders. This is why we expect APE to be one of the 5 next cryptocurrency to explode.

SHIB Price Prediction as BONK and other Meme Coins Take Off