Russia is throttling back capacity on a major pipeline that sends crude oil to global markets, driving prices higher and raising fears that Moscow was prepared to retaliate against western sanctions by curbing its own energy supplies.

Up to 1mn barrels a day of oil shipped through the Caspian Pipeline Consortium’s pipeline from central Asia to the Black Sea could be cut for up to two months while repairs are made to storm-damaged loading facilities, Russia’s deputy energy minister said in a statement on Tuesday carried by the news agency Tass.

The supply interruption comes on the eve of US president Joe Biden’s trip to Europe, where EU countries are expected to discuss imposing sanctions on Russia’s oil sector in response to country’s invasion of Ukraine. The US has already banned Russian petroleum imports.

International oil prices rose by more than 2 per cent to $117 per barrel immediately after the pipeline announcement before falling back to $115 a barrel.

Analysts raised questions about the timing of the reported storm damage, as none of the pipeline’s western partners had been able to inspect the facilities.

The pipeline, which runs 1,500km from the massive Tengiz oilfield in western Kazakhstan to the port of Novorossiysk on Russia’s Black Sea coastline, includes oil produced by US supermajors Chevron and ExxonMobil. Russian crude also feeds the line from oilfields along the route.

The total pipeline capacity is about 1.4mn b/d of oil — about 2.5 per cent of global seaborne oil trade — and accounts for around two-thirds of Kazakhstan’s oil exports, making it a vital artery for the country’s economy.

CPC said in a statement that “current market conditions”, an apparent reference to recent western sanctions, would make it harder to fix parts of the port loading facilities damaged during a recent storm, meaning that shipments could be cut by two-thirds.

“Russia can make it very difficult for repairs to occur given the challenges it’s currently facing to sell its own oil,” said Amrita Sen, chief oil analyst at Energy Aspects, a consultancy.

A Biden administration executive order this month banned the import of Russian crude into the US but exempted oil that flows through the CPC pipeline as long as it was certified as coming from Kazakhstan. 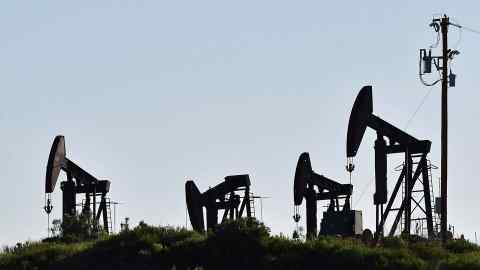 ExxonMobil and others have continued to ship through it. Mike Wirth, Chevron’s chief executive, said earlier this month that the CPC pipeline was “an important source of supply . . . into a world which right now really needs that oil supply”.

“As the EU edges closer to imposing strictures on Russian oil exports . . . rumblings of ‘rupture’ could preview Moscow cutting flows to the west on its own,” ClearView Energy Partners said in a note.

So why won’t Grayscale? By Cointelegraph

The Europe energy crisis is forcing a century-old Hungarian theater to...

How designers can help fix the U.S. government’s customer service