Spotify is drawing up plans to add blockchain technology and non-fungible tokens to its streaming service, fuelling excitement in the crypto and music industries about the potential of NFTs to boost artists’ earnings.

Two recent job ads show Spotify is recruiting people to work on early-stage projects related to “Web3”, a tech buzzword for a blockchain-powered network that some crypto enthusiasts hope will wrestle control back from the Big Tech platforms that dominate today’s internet.

Spotify is the latest tech giant to venture into NFTs and head off potential competition from crypto start-ups. This week, Facebook founder Mark Zuckerberg confirmed the FT’s report earlier this year that Instagram would soon start to support NFTs. Other social media companies, including Twitter and Reddit, are also working to build new features for displaying or trading NFTs.

NFTs use blockchain technology to certify ownership of digital assets. The vast majority of the $17.7bn worth of NFTs traded last year were for visual artworks, games and collectibles, according to market tracker Nonfungible.com.

But even as the frothy NFT market has shown signs of deceleration in recent weeks, many in the crypto industry have tipped music as a breakout new application for NFTs this year. That could include selling digital albums or using NFTs to unlock perks at gigs, from merchandise to backstage passes.

Musicians such as rapper Snoop Dogg and DJ Steve Aoki have already become prominent NFT collectors, while Kings of Leon and Grimes have sold NFTs of their music. Major labels Warner and Universal have forged partnerships with NFT projects, including a virtual band featuring characters from the Bored Ape Yacht Club.

Start-ups including Royal and Catalog have begun selling NFTs created by musicians, often pitching the crypto tokens as a more lucrative alternative business model compared to streaming services such as Spotify, which pay out fractions of a penny for every time a song is played.

Spotify’s recruitment in the sector appears to be at an exploratory stage. It pointed to Web3 in a recruitment notice for an engineer on its “experimental growth” team. “This small and full-stack team is responsible for driving growth through new technologies, like Web3,” the ad said. 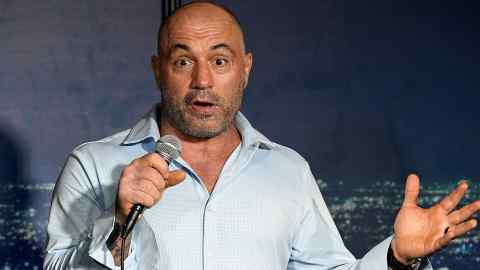 A separate Spotify job listing, for a manager in its future-gazing “Innovation and Market Intelligence” group, shows the music streaming service is looking for a candidate with experience in “content, creator, media, web3, and emerging technology industries” to “help define Spotify Moonshots”, a term for ambitious new projects.

A Spotify spokesperson declined to comment on its NFT plans.

These web3 hires would not be Spotify’s first foray into crypto tech: the company was an early collaborator on Facebook’s ill-fated cryptocurrency project, Diem.

When what was originally dubbed Libra was unveiled in 2019, Daniel Ek, Spotify’s chief executive, told a company podcast that cryptocurrencies and blockchain could allow users of “a service like Spotify . . . to be able to pay artists directly”, especially across international borders or in regions where few people have traditional bank accounts.

“That can open up massive opportunities where all of a sudden, a user in Japan might pay a creator in Argentina. And that opens up huge opportunities for how we can further our mission,” Ek said at the time.