Larry Culp, the General Electric chair and chief executive whose potential $230mn pay deal was rejected by investors last year, has consented to cut his equity incentive grant for this year by two-thirds.

Culp and the compensation committee of GE’s board agreed the reduction in the annual grant from $15mn to $5mn “in response to shareholder feedback”, the US industrial group said in a proxy filing ahead of its annual meeting on May 4.

The equity incentives, set out in an amendment to Culp’s employment agreement, come on top of his base salary and cash bonuses. In 2021 he earned a salary of $2.5mn and an annual cash bonus of $4.2mn for a year in which he announced a plan to break GE into three separate public companies.

Last May, 57.7 per cent of GE’s shareholders rejected its executives’ pay packages in a non-binding vote after the board had rewritten Culp’s compensation plan during the pandemic to make it easier for him to earn bonus shares.

In a letter to shareholders in Thursday’s filing, the compensation committee said that it had met investors representing almost 80 per cent of the company’s institutional share ownership in the past year.

“Shareholders did not signal concerns with any fundamental aspects of our compensation programme design” and had been “overwhelmingly supportive” of Culp’s leadership, it said. Culp has served as chief executive since 2018.

However, the committee added, their concern over “the timing, size and structure” of his 2020 retention grant had prompted them and Culp to agree a 67 per cent cut to the annual equity incentive he was in line for under a contract that runs to 2024. 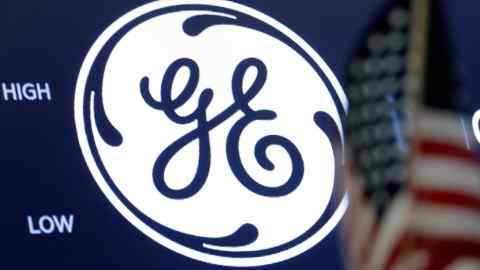 GE also made concessions in response to shareholder concerns about the way it used discretion in granting cash bonuses for 2020, adopting a performance-based formula instead. As a result, aviation division executives’ annual bonuses paid out at 113 per cent of their target, while renewable energy executives got no annual bonuses.

Culp said in November that he would “create value for customers, investors and employees” by breaking up America’s best-known industrial conglomerate into three companies focused on healthcare, energy and aviation.

GE’s shares initially jumped as investors welcomed the change of strategy, but the stock has fallen almost 10 per cent in the past year, underperforming the S&P 500 index as the group has faced disruptions to its supply chain.

‘Back to where he never left’: founder of Brazil’s BTG Pactual...