Instagram has NFTs on the way. At a speaker series seminar at Austin, TX multimedia and culture conference SXSW, Meta Platforms CEO Mark Zuckerberg was questioned about NFTs; while the long-time face of the company was reluctant to give up too many details, Zuckerberg did allude to incoming NFT support features on Instagram in the short-term.

Let’s look at what we know from Zuckerberg’s statements, and what we can expect from Instagram moving forward.

According to a report first released by Engadget, Zuckerberg’s said the following about upcoming support of NFTs on Instagram:

“We’re working on bringing NFTs to Instagram in the near term… I’m not ready to kind of announce exactly what that’s going to be today. But over the next several months, the ability to bring some of your NFTs in, hopefully over time be able to mint things within that environment.”

This could likely add the ability to show off existing NFTs in one’s collection through some new mechanism on IG, as well as support around minting as well – but what that looks like and the full load of capacity of NFT support is still quite unclear. We would certainly expect adoption on the platform to include some sort of wallet support integration that to date, hasn’t been even teased or alluded to on Instagram. Nonetheless, it’s an interesting development for Meta at large – who has thus far struggled to find success in the crypto space. 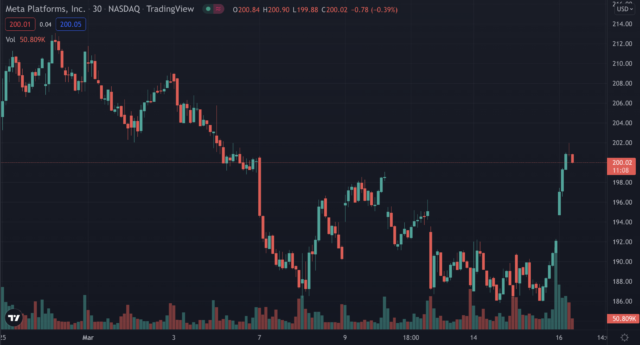 Related Reading | NFT Sales Plunges to $63 Million Over The Past Week, Bubble Burst?

Despite Meta’s repeated struggles to engage in crypto – such as last month’s scrapping of ‘Diem,’ or the lack of excitement around the company’s Novi wallet – the firm is insistent on becoming a Web3 mainstay. However, other social media competitors have arguably bitten off a bigger slice of the crypto pie; Reddit, for example, was an early mover in partnering with Ethereum for it’s r/cryptocurrency subreddit, as well as NFT profile-pic integrations.

Additionally, Twitter found a new monetization stream in it’s hexagon profile-pic integration, allowing users to tie their NFT wallets to their Twitter accounts. And of course, the ever-growing social media platform TikTok has previously partnered with native blockchain firms like Audius to onboard new artists to TikTok.

admin - November 29, 2022
0
Europe is importing a record amount of seaborne Russian gas, highlighting how the region has not completely shaken off its dependence on the...

LATAM countries emerge as the most popular for crypto payments